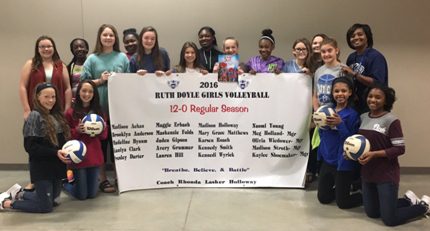 
This year’s squad started their preparation for the season back in early July, going to team camps and practicing a couple of times a week. "They all even came over to my house and played on our outside volleyball court during the summer to build that team environment early," said Coach Rhonda Lasker Holloway.


The talented players went to the third set in only three games this year and swept the rest of their opponents in two sets with big margins. "I’m very proud of the hard work this group put in this year. I’m more proud of the bond they established early on and continued throughout the season. I know it made a difference in play on the court."