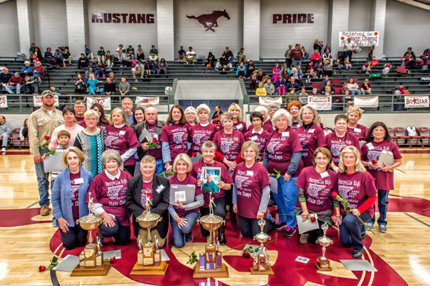 
The teams were honored at halftime of the senior girls’ basketball game against Little Rock Episcopal. Principal Kevin Campbell introduced the team by sharing a few of their many honors that the teams won throughout the three years. These honors included not only the three championships, but also the State Scholarship Team, Sportsmanship Award and five consecutive district titles.


Each team member was introduced by Kim Watts, who also shared their stories of determination and perseverance. As they were introduced, current PHS basketball players presented each with a rose.


After the team members were introduced, assistant principal Don Watts and Terry Smith honored the family members of those teammates who have passed away. Those honored were Kathy Wear Phillips, Nancy Moore Jackson, Judy Tolley and Coach Fallen.