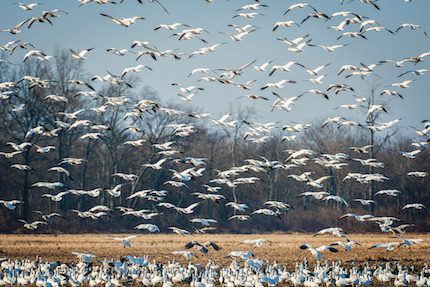 
Few rivalries in the 501 have as much at stake every year as the Faulkner County showdown between Greenbrier and Vilonia. This year is no exception.

Both teams this year are formidable foes in their own rights. As of press time through seven weeks of the high school football regular season, Greenbrier sits atop the 5A West at 6-1 (4-0). Vilonia is not far behind at 4-3 (1-3). When the Week 10 matchup comes around, more than just bragging rights and First Service Cup could be on the line. This game, as it seems to do every year, will have a tremendous impact on playoff standings — and could even mean the difference between earning a playoff berth or ending the season altogether.


Through seven games, quarterback Carter Burcham has put together quite the senior campaign. Burcham has led an explosive Panther offense, throwing for 1,599 yards and 20 touchdowns (with just two interceptions). Burcham has also run the ball effectively for Greenbrier, accounting for 380 rushing yards and four scores. The lowest points total Greenbrier has put up on the scoreboard this year was 21 points against Benton.


“This game really means a lot,” Burcham said. “Everyone in the school and around town really anticipates this game because it’s such a big game every year. Winning my senior year would be really special to me.


“This should be a really big game for both teams and could determine playoff implications this season, as it always does. To win, we just have to prepare really well and buy into what the coaches want for us that week, and then go out and play harder than ever.”


Gentry plays on the offensive line and at linebacker for Vilonia. The Eagles are much improved this season, particularly on the defensive side of the ball. In the Eagles’ four wins, the defense is allowing an average of just 10 points per game.


“We know a lot of Greenbrier’s players personally, so it’s more than just getting a win,” Gentry said. “The rivalry to us is all about pride. This year we want to make a statement and reclaim the title. There could be a playoff spot at stake for both teams again this year.


“It will take a complete performance from all sides of the ball.”


Since 2001, Vilonia leads the series 8-7, but Greenbrier has won the last four matchups and six of the last seven. Will Greenbrier’s recent legacy of success continue? Or will the Eagles reroute the First Service Cup’s path back to Vilonia? Greenbrier plays host to Vilonia to close out the regular season Thursday, Nov. 3.