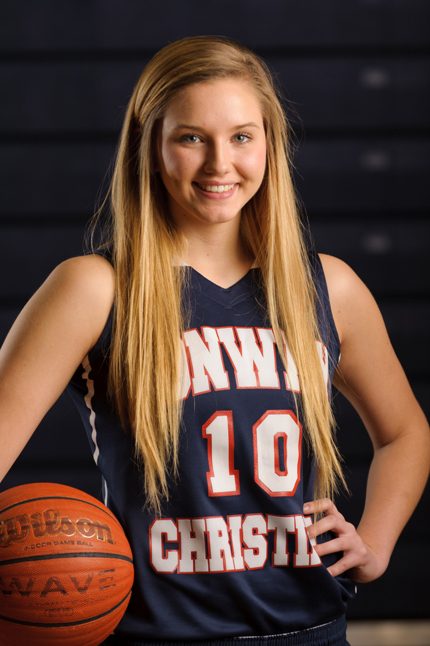 
Conway Christian’s Lyndi Dather is carrying on the family tradition — she’s the second Dather to be named to the 501 Basketball Team.


Lyndi’s brother, Caleb, was named to the inaugural team in 2014.


“I’ve been playing basketball for 12 years,” Lyndi said. “My whole family has always played basketball, so my parents started me in basketball as soon as they could.”


And just like her brother before her, she also plays center.


Dather, a senior for Conway Christian, was selected to this year’s 501 Basketball Team — 35 players representing the best the 501 has to offer both on and off the court. Dather was nominated by her head coach, Courtney Duever.


“She has an incredible presence for us in the paint,” Duever wrote in her nomination. “She is also left handed, which gives us a good advantage, and she is a dominate rebounder.”


Dather and the Lady Eagles are looking to close out the year on a strong note. Conway Christian plays host to Guy-Perkins tonight before hosting 2A 4 East foe Quitman on Friday.


“I’m most looking forward to playing Quitman and Hector,” Dather said. “Our game against Quitman will be one of our defining moments for our season.”


To beat rival Quitman, Dather will have to put together a big game for the Lady Eagles — and she knows it.


“I need to be big on the boards, a great defensive player and a leader on and off the court,” Dather said. “Our goal this season is to win the state championship.”


To get there, the Lady Eagles will need to hold their own against the top of their league, which Quitman currently leads.


And according to Duever, Dather gives the Lady Eagles a boost off the court, too.


“Lyndi is a sweet and encouraging girl off the court,” Duever said. “She doesn’t have an enemy. Lyndi is a huge encourager on the team. She is a senior and has really stepped up and taken that role seriously.


“Lyndi is a part of drama club, history club, Beta club, choir, student council, FCA, volleyball, track and softball. I expect Lyndi to glorify God in the way that she plays each and every night.”


When she’s not on the court or a stage, Lyndi focuses on hanging out with her friends here in the 501 — the place she’s called home for most of her life.


“My favorite thing is that everyone seems to know each other,” Dather said.