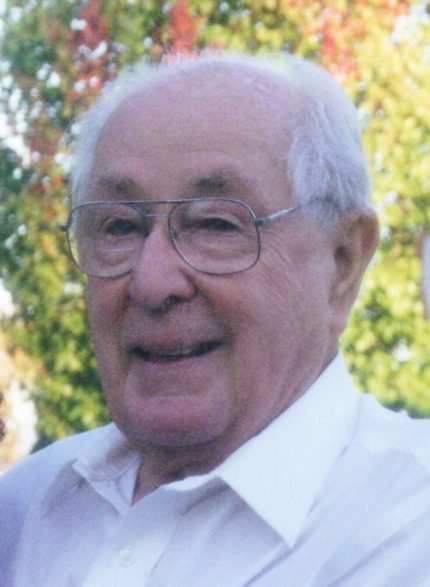 The venerable creator of a U.S. Highway 65 phenomenon will celebrate his 100th birthday on Saturday, Feb. 14, at a party thrown by his family in the town of Damascus. Dan R. “Coffee Dan” Dipert, whose ingenuity and hard work made his café and his “famous ham” become a “must stop,” will be on hand.

“Our dad is being honored, and everyone’s invited,” said his son, Dan Jr., “and we plan to serve ham sandwiches!”


Festivities to honor “Coffee” Dan will be from noon to 2 p.m. at the William A. and Dora Brown Family Life Center, 43 Oak Tree Road, in Damascus. The public is invited.


Dipert came to the little town of Damascus, located about halfway between Conway and Clinton, in 1934 to head up the care and feeding of workers at a new unit of the Civilian Conservation Corps (CCC) being established there. President Franklin Roosevelt had launched the CCC movement a couple years before in the depths of the Great Depression.


It was in this small town that Dipert met his future wife, Vernell Brown. A few years later, they moved to Oklahoma where he worked as a chef and served as manager of a chain of restaurants. They moved back to her hometown and opened the little café that he named “Coffee Dan’s.” A wise marketer, it was not long before signs up and down Highway 65 would beckon travelers with such phrases as “Only 10 Minutes to Coffee Dan’s – Famous for Ham.” The café became a favorite stop for governors, congressmen, businessmen and just about every traveler along that highway. He was the leading citizen of his community.

Dipert chose to close the business while he was on top, in 1978. For years following, he and his wife conducted tours all over the world for his son’s business, Dipert Travel & Transportation, Ltd., headquartered in Arlington, Texas.