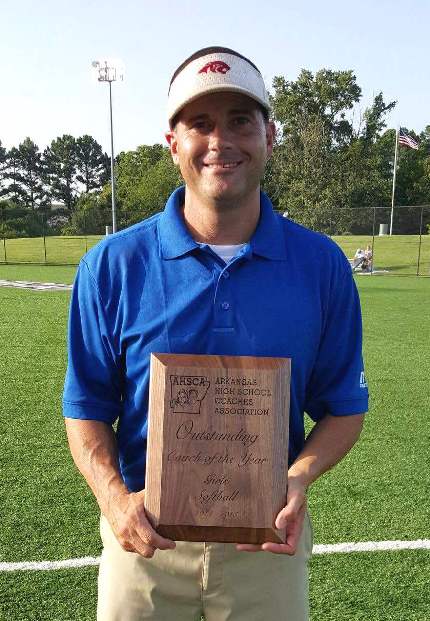 The Arkansas High School Coaches Association has awarded one of Cabot’s very own with a top honor. Chris Cope has been named the AHSCA Softball Coach of the Year.


Coach Cope has been with the Cabot School District for three years and is Cabot High School’s head softball coach and the head volleyball coach for Cabot Junior High South.


As softball coach, Coach Cope has won back to back conference titles the last two years and the girls team finished runner-up in this year’s state championship.


Coach Cope graduated from Arkansas State University in Jonesboro. He was presented with the AHSCA Softball Coach of the Year award during Wednesday night’s All-Stars game. He was head coach of the East Squad and his team won both games.

Coach Cope says this is a wonderful honor but he can’t take the credit. He says he has to give the credit to his team, administration and school.


This award is voted on by his peers. Coach Cope also won overall Girls Coach of the Year by the Arkansas High School Coaches Association in 2007.