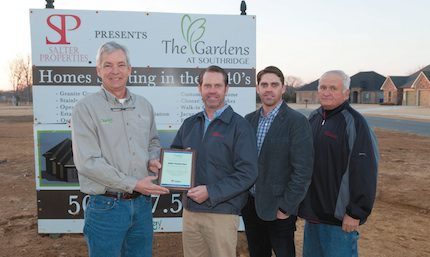 
Little Rock native Karen Williams wasn’t always an athlete. As a child, she didn’t play sports, and she didn’t start exercising regularly until her mid-twenties. However, in 2005, everything changed when she met Robert Petter, a farmer from Stuttgart. As their romance began to blossom, so did a new hobby for Williams.

“I started exercising when I was 24 years old — shortly after my son was born,” Williams said. “For many years, I grew used to going to the gym to stay in shape. However, because there was no gym at Robert’s farm, I knew that it was time for me to change up my exercise routine. A friend told me about the Women Can Run (Arkansas) clinic, and I gave it a try. Although I never really ran before, I felt like it was something I could do to stay in shape at the farm.”


Through the Women Can Run clinic, Williams was introduced to competitive running events throughout the 501.


With a few races under her belt, Williams entered the Little Rock half-marathon in 2008. At the time, it was her longest event she had attempted. What she didn’t know, however, was that it would be the start of something special for the runner.


By 2014, Williams had completed her 27th half-marathon. After crossing the finish line, Williams set a creative goal for herself.


“One day, I made the proclamation that I wanted to run 60 half-marathons before I turned 60,” Williams said. “I don’t know why I picked 60, it just sounded like fun. I’ve worked really hard to get there, and it’s been a lot of fun along the way.”


At presstime, 53-year-old Williams is busily preparing for the Little Rock half-marathon — her 55th half-marathon — and expects to complete her journey later this year. With her finish line in sight, the runner has a special location in mind for her 60th event.


“For number 60, I’m going to run a half-marathon at Disneyland in November,” Williams said. “I haven’t really thought about any kind of extravagant celebration other than being at Disneyland. Robert will be there, and that’s the only celebration that I need.”


Along her journey, Williams has made many memories that will last a lifetime.


“Every race has a story,” Williams said. “I’ve run events with some of my best friends. Robert has even run a couple with me. When it comes to destination races, most of them take you by some really cool places — things that you don’t normally get to see when you’re in a car. In Little Rock, you get to see the Governor’s Mansion close up. The Run to Remember, which honors the Oklahoma City bombing victims, was very moving. In August, I’ll run in the ET Full Moon, which is a half-marathon that begins at midnight along Nevada’s Extraterrestrial Highway. It’s crazy, and I’m really excited about it.”


To commemorate each race of her journey, Williams celebrates in a unique way — by tattooing each event onto her foot.


“I already had a couple of tattoos for running — a running girl for my first half-marathon and a ‘26.2’ for my first full marathon,” Williams said. “I wanted to do something a little different for this goal, so I decided to add a tick mark for each half-marathon I’ve ran. Because I also like to cycle, I also have a cycling girl who is driving on a road that is made out of the tick marks from my half-marathon races. The tattoo was originally supposed to stay in my shoe because I didn’t want to have a visible tattoo for my job, but it’s gotten out of hand. At this point, I don’t even try to cover it up anymore. It is what it is, and I like it.”


Once she completes her 60th half-marathon, Williams says she won’t be ready to hang up her running shoes just yet.


“After I complete my goal, I will continue running destination races that sound fun to me,” Williams said. “I’d like to try to run a race in all 50 states one day. I’m probably halfway there now. From Niagara Falls to South Dakota to the Caribbean, I have experienced many different places and have met many wonderful people. I’m not ready to give that up just yet.”


One of Williams’ inspirations for running stems from a life-long struggle with her weight.


“I have a twin sister,” Williams said. “Growing up, I was never Karen — I was ‘the fat one.’ Keeping my weight under control has been a constant battle my entire life. My sister was always smaller than me, and it affected me. Losing 20 pounds and keeping it off has been a journey for me to keep my weight under control. It’s one more goal that I set with my life, and it has taken on a life of its own.”


After 10 years of dating, Williams and Petter married last year. In August, the couple took their healthy lifestyle one step further by purchasing The Diet Center, a weight loss clinic franchise in Little Rock.


“After selling radio advertising for 14 years, I was ready to do something different,” Williams said. “My husband encouraged me to take this opportunity when it came along. We want to promote walking and an active lifestyle, and we are also using it to help promote the Women Can Run clinic. I feel like I can help other people who don’t think they can do it.”


Williams hopes her story will inspire others like her to get active.


“If you told me 12 years ago that I would run 55 half-marathons on my way to 60, I’d tell you that you were crazy,” Williams said. “But you are stronger than you think. I’ve done many hard things in my life and this is just a small part of that. I’ve raised a child on my own. Not everyone can be a size two, but everyone can be healthy. You don’t have to run — you can walk. You just have to get active. There’s a lot of healthy exercise options out there. It’s a choice you have to make for yourself.”