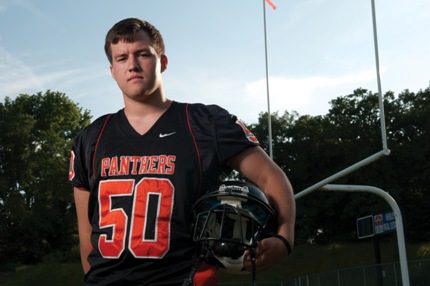 
Pearson Wade comes from a legacy of winning at Magnet Cove, and he and the Panthers are on a mission to extend the legacy even further this fall.


Wade, a senior lineman for Magnet Cove, has several fond memories of his time as a Panther, and he knows how important beating Bigelow can be to creating those fond memories.


“There’s some really cool stuff that happened when I was a freshman moving up to the senior high team at the end of the year because they did some crazy stuff,” Wade said. “We had a team go to the semifinals when I was a ninth-grader. That year they didn’t get the conference championship because they lost to Bigelow. That was their one conference loss. So the next year we go to play Bigelow, and this is my first year in high school football as a 10th grader. I haven’t experienced something on that kind of level.


“Our first play of the game we ran it right up the middle. We ran a 75-yard run almost untouched. It was outstanding. I almost just fell on the ground right there. That was a great moment.”


Wade was nominated by his coach, Ronnie Efird, and selected to this year’s 501 Football Team, which celebrates both on- and off-the-field accomplishments equally.


“He is a very smart player, which gives him an advantage over a superior player,” Efird said. “His work ethic, humility and eagerness to learn make him a good, all-around kid. Last year, he stabilized the offensive line. [This year he’s been a] senior leader and the quarterback of the offensive line.”


Wade has faced a number of injuries during his run as a Panther and has returned stronger than ever after each one.


“Last season during summer camps I found out I had to get shoulder surgery,” Wade said. “I missed the first two games. I came back on our third game of the season against Benton Harmony Grove. I hurt my ankle this [spring], too. I tore a ligament coaching powder puff football. I had to miss baseball.”


Football has been a passion for Wade since the third grade.


“Ever since I was a little kid, I’ve seen it on TV and wondered when I would get to play football,” Wade said. “How old do I have to be to play? What third-grader doesn’t want to play football? You know what I’m saying?”


But football isn’t Wade’s only passion. He’s one of the most well rounded student-athletes in the 501.


“I play baseball. I’ve done track on and off. A lot of my time is taken up with school. I’m trying to get that taken care of. I’m top of my class,” Wade said in the spring. “I’m a section leader tuba player first chair in band, vice president of BETA club. I’m in science club, Spanish club, Boys State.


“I like to do pretty much everything. You only go to high school once, and I want to experience all that I can experience.”