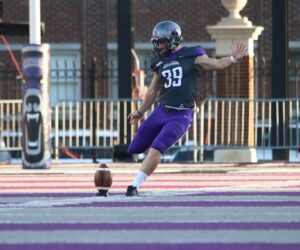 University of Central Arkansas placekicker Matt Cummins closed his career by earning the Southland Conference Special Teams Player of the Week honor. All weekly awards in the SLC are presented by MidSouth Bank.

Cummins, a senior from Conway High School, accounted for 10 of UCA’s 16 points in its 16-7 victory over Abilene Christian in the season finale in Abilene. Cummins connected on three field goals, from 20, 37 and 42 yards, and added the extra point on UCA’s lone touchdown in the fourth quarter that sealed the victory.