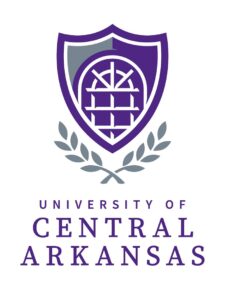 The University of Central Arkansas recently announced a new international partnership with Riara University in Nairobi, Kenya. The agreement will facilitate student and faculty exchange and joint research projects between UCA and RU faculty.

The partnership is the result of preparatory work by Dr. Michael Mwenda Kithinji, associate professor of history in UCA’s College of Liberal Arts. Kithinji and Dr. Margaret Njeru of RU have collaborated on several joint projects, including Kithinji’s edited “Kenya after 50: Reconfiguring Education, Gender, and Policy” (Palgrave Press, 2016), which includes Njeru’s chapter, “Teach Our Children in Their Mother Tongue.”

“It is especially important for American students to understand and engage with Africa because the economic and social indicators show that it is the continent of the future,” Kithinji said.

According to the International Monetary Fund (IMF), Africa is home to a number of the fastest-growing economies on the planet. Africa also has the fastest-growing population of any region on Earth, with the United Nations predicting that by 2050, one in four people on Earth will be African.

Robert Gateru, vice chancellor at RU, said that the partnership is directly in line with RU’s core purpose of “Empowering Lives; Impacting Communities.” The global experiences that RU students and faculty will acquire from this partnership will empower them in their personal lives and will help them impact their communities at home and abroad, he said. The partnership also supports the internationalization agenda of the university, which in its short existence has played host to students from close to 70 nationalities.

“This partnership agreement with Riara University reflects our commitment to building lasting and meaningful relationships between institutions of higher learning throughout the world. I look forward to future collaboration with the students and faculty of RU,” said Patricia S. Poulter, UCA provost and executive vice president.

The exchange is expected to begin during the fall 2019 semester. Programs that Riara and UCA have in common include business, computer science, education, international relations, communication and multimedia journalism.