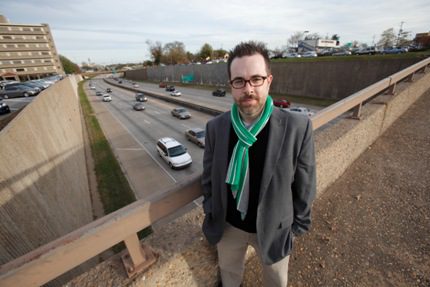 
Tyson’s primary responsibility will be to guide the Uncommon Communities program at the Institute, which will begin its pilot year this month. The program will work with communities and provide resources for them to strengthen community development efforts.


In addition to Uncommon Communities, Tyson will work in the Institute’s program areas of civic engagement and economic development.


An Arkansas native, Tyson comes to the Institute from Seattle, where he served as executive director of the Washington State Microenterprise Association. Before moving to Washington, he had previously served as deputy director of the Arkansas Historic Preservation Program, and as assistant director and then director of Main Street Arkansas. He has served on the national Main Street Advisory Council, including serving as its chair from 2011-2012; as a trustee for the National Trust for Historic Preservation; on the St. Louis Federal Reserve Bank’s Community Development Advisory Board; and on the Governor’s Advisory Council on Volunteerism, to which he was appointed by then-Gov. Mike Beebe.


Tyson holds a master’s degree in public administration and a bachelor of arts in English, both from the University of Arkansas at Little Rock.


“We feel very fortunate to have hired Cary to lead our Uncommon Communities program,” said Dr. Marta Loyd, executive director of the Institute. “His background, expertise and varied experiences in the field of community development will serve the Institute well. He is a great addition to our talented programs team.”


Tyson said he’s excited to be back in Arkansas and is motivated by the challenge ahead of him.


“The Winthrop Rockefeller Institute is poised to do some great work in community development in Arkansas,” he said. “I’m looking forward to helping get the Uncommon Communities program off the ground. There’s so much potential in Arkansas. We just have to find the right ways to help people tap into it.”