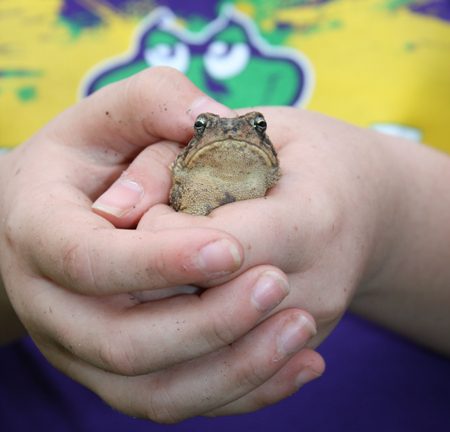 Downtown Conway will be hopping as the 31st annual Toad Suck Daze gets under way on Friday, May 4.


The three-day festival of food, family and fun has something for everyone: arts and crafts, a “Toadal Kids Zone,” a carnival, local and national entertainment, food, a rock climbing wall, a petting zoo, “Stuck on a Truck,” a 5K/10K/kids run, a golf tournament and more.

Toad Suck Daze is also home to “The World Championship Toad Races” which are overseen by Toadmaster Brian Ratliff.


The festival is run almost exclusively by volunteers from Conway and Faulkner County, including the local police and fire departments.


Admission is free and proceeds from the event support higher education in Faulkner County. Since the start of the festival, more than $1 million has been given in scholarships and toward scholarship endowments. This money has helped more than 200 individuals attend local colleges.


Jerry and Angela Rye are the 2012 honorary co-chairs of the event. “The Toad Suck Daze festival and committee is very proud of the festival, its heritage, and its contributions to our community,” the couple stated. “We are honored to the serve the festival and the committee as this year’s honorary chairmen.


“It is our hope that you will ‘hop’ on down and join us for a magnificent weekend of family fun as Hewlett Packard presents this year’s Toad Suck Daze festival.”


For a schedule of events and a map of the festival layout, visit toadsuck.org.