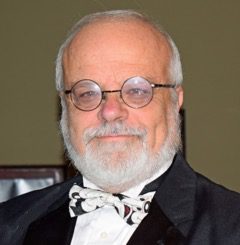 27 Feb Scholarships to be awarded to 119 Cabot High seniors

More than 100 Cabot High School seniors were called to the office one day last week, but it was for a good reason.


The Cabot Scholarship Foundation was on hand to announce 119 seniors have been awarded scholarships totaling $122,050.


The scholarships range from $500 to $2,000. The Scholarship Foundation was established in 1992 to raise funds for college scholarships for Cabot students. The scholarships are provided by people that live in and support the Cabot community.


Students will find out the name and amount of their scholarship at the Cabot Scholarship Foundation’s Roast & Toast Banquet on Tuesday, March 7.


Many of the students plan to enter the medical field, become teachers, business leaders, and engineers. Since the foundation started, it has awarded 849 scholarships totaling more than $860,000.


The banquet will be held in the Cabot Junior High North cafeteria.


The Cabot Scholarship Foundation was formed in 1992 by the Cabot Centennial Committee to encourage and recognize academics in Cabot schools. The banquet is the foundation’s only fundraising event. Due to the tremendous growth at Cabot High School, community support is greatly appreciated. Donations are accepted throughout the year at: Cabot Scholarship Foundation, 200 West Main Street, Cabot, Arkansas 72023. Last year, the foundation awarded 109 seniors with $112,550 in scholarships.


This year’s honoree for the Roast & Toast Banquet is Dwight Daugherty, an AP chemistry and physics teacher at Cabot High School. He’s been with the district for 20 years and plans to retire from teaching at the end of this school year.

An interesting fact about Daugherty is his involvement with NASA. He once applied for an astronaut position and even became a finalist in 2003. He’s also witnessed two shuttle launches and has met virtually all of the Apollo era astronauts.


Throughout his career, Daugherty has been recognized for his hard work and dedication to education with several national and state awards. He was also the motivation behind the Cabot AP Academy and the employee scholarship payroll drive. Employees of the Cabot School District deduct money out of their paychecks to help raise tens of thousands of dollars in scholarships for Cabot seniors.


Tickets are $30 per person and a table of eight is $240. Tickets may be purchased at the Cabot High School office.


The Cabot Scholarship Foundation is also proud to announce a new scholarship this year. The Calvin Carlisle Memorial Scholarship is a $1,000 scholarship that will be awarded annually to a hardworking CHS senior. Calvin was an owner of C&M Development in Cabot. C&M develops residential and commercial property. Carlisle’s wife, Leann, along with business partners James and Deborah Moore are excited about this new opportunity to honor Calvin Carlisle’s life and legacy.