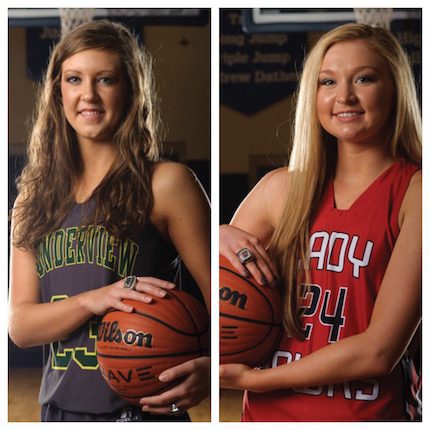 
For the second year in a row, the 1A girls’ state championship game will feature 1A 5 North conference foes and cross-county rivals Nemo Vista and Wonderview.

“The current level of talent at both Wonderview and Nemo Vista is extraordinary right now,” said Kyle Payne, Nemo Vista’s head coach. “For both teams to make it to finals last year was amazing. For it to happen again this year is almost unbelievable and unheard of. With the talent remaining at both schools and the talent coming up at Wonderview, I wouldn’t be surprised if both teams are making deep runs for the next few years.”


Wonderview’s head coach, Jeremy Simon, is equally in awe of the feat of both schools.


“It is so difficult to make it to the state finals,” Simon said. “To have two teams make it to the finals from the same county back-to-back years is incredible. That just shows how much talent is currently in Conway County.”


Nemo Vista bested Wonderview in last year’s final, taking home the school’s first state championship in girls’ basketball. The two teams have already faced each other four times this season. In the regular season, the rivals split two matches, with each team winning its home game by five points. Wonderview beat Nemo Vista by 19 points in the district final, and then the Lady Red Hawks returned the favor in the regional finals by beating Wonderview by 17. This fifth and final matchup is about as evenly matched as it possibly could be.


“We played a tough schedule this year, and it beat us down at times, but at the end of the day it made us a better team,” Simon said. “Our conference win against Nemo Vista back in January was big for us. Our team had been so close to beating them in previous games but couldn’t finish down the stretch. Finally we did in January and then did again in the district championship game.”


At this point in the year, the foes are past simply being familiar.


“Basketball has always been a way of life in Conway County,” said Kassidy Thompson, senior post player for Nemo Vista and a member of this year’s 501 Basketball Team. “We have known and played with many of the girls of the opposing team since we were little.”


“The players were raised up since they were little children to be ball players,” said Ali Harris, a senior shooting guard for Wonderview and 501 Basketball Team honoree. “When you work hard and put in the time and effort, it pays off. Basketball is one of the main sports at schools in Conway County, and the players really focus on it.”


Repeating as champions will not be easy for Nemo Vista.


“Defensively we have to contain Bailey Zimmerman and All Harris,” Payne said. “I don’t think anyone can stop them, but if we can contain them and keep them under 20 points combined, I feel we will have at chance at the end. We must also rebound better on the defensive end and limit their offensive rebounds and second-chance points


“Offensively we just have to take care of the ball under their pressure and get in our half court sets without turnovers. We will need a big night inside from Sade Harrison as well as our guards hitting some big outside shots.”


For Simon and Wonderview, the key to reversing last year’s state championship fortunes is hitting the boards.


“Defensively we need to contain their shooters, and when they miss we have to get rebounds. They are an extremely good rebounding team, so we can’t let them dominate us on the boards.


“Offensively we need to be patient and take good shots. We need to hit a good percentage from the 3-point line and hopefully get to the foul line several times.”


For both Harris and Thompson, finishing their high school basketball careers in the state championship evokes the same emotion — gratitude.


“Our team is unbelievably grateful to be playing for a state title again this year,” Thompson said. “There are teams that would give anything to be in our position. To us, it isn’t about just winning. We love the game, and we hope to finish what we started strong and give all we have Thursday night.”


“It’s a great accomplishment to make it to the state championship,” Harris said. “I can’t think of a better way to end my basketball career. I have great teammates and a great coach and of course my parents that have made me the player I am today. I’ve had an amazing basketball career with very successful teams. This year we just added to the success.”


Nemo Vista and Wonderview square off in the 1A state championship game Thursday at 8:45 p.m. at Summit Arena in Hot Springs.


The 3A boys’ state championship game will feature two 501 teams — 5-3A rivals Mayflower and Episcopal.


In the 4A, the Riverview Lady Raiders will play Ozark in the championship game Friday at 3:30 p.m.


And two 501 teams will feature in the 7A finals on Saturday — t
he North Little Rock boys play Bentonville at 11 a.m., and the Conway Lady Cats play Fayetteville at 12:45 p.m.