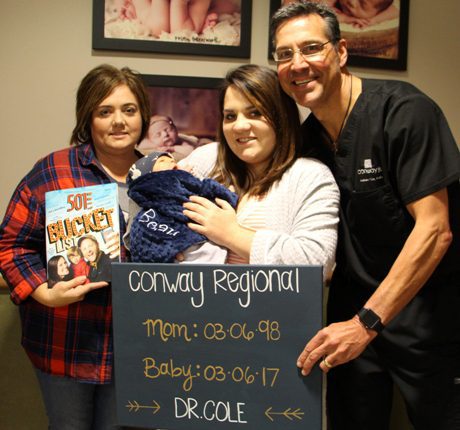 When Amy and Tony Jones of Morrilton learned the due date for their daughter Raegan was the same date as her birthday, they knew there was a possibility.


The delivering physician was Dr. Andrew Cole of Conway, the same OB-Gyn who delivered Raegan. Both were delivered at Conway Regional Medical Center, 19 years apart. It was also a first for Cole who has delivered thousands of babies in his career.


Cole has delivered several of Amy and Tony Jones’ six children, including a set of twins, and now one grandchild. “Dr. Cole and Conway Regional have always been super nice to our family,” said Amy Jones.