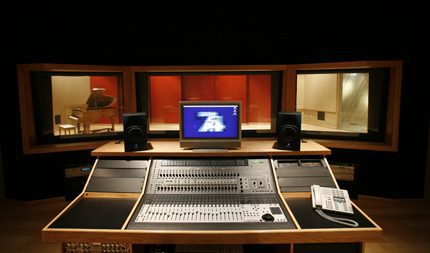 
For many years, the 501 has been home to a special ministry that today reaches around the globe. The Lifeword broadcast ministry began in a garage in Conway and has grown to include spiritual programming in 35 languages throughout the world — even in places where it is unlawful to share the Gospel.

Lifeword — headquartered near Downtown Conway — is the media component of the Baptist Missionary Association of America (BMAA). Regional production centers are located in the Philippines, Ghana, Honduras and Guatemala.


Lifeword works with local missionaries throughout the world who deliver the Gospel in the native language. The BMAA has more than 1,000 missionary families worldwide who are supported by approximately 1,200 churches.


“One thing that is pretty amazing is 1 billion people have the opportunity to hear the Gospel every day in their own language, and the genesis happens right here in Conway, Ark.,” said Donny Parrish, chief creative officer at Lifeword.


According to Rick Russell, chief programming officer, in most third-world countries the language will change roughly every 50 miles, with about 6,000 languages in the world. Most societies don’t read for enjoyment and many are illiterate. He said listening to stories and oral history is an everyday thing that helps make Lifeword messages delivered in the native tongue by someone in that area the most effective.


“We want to make sure that the Gospel resonates in an individual’s heart in a way that makes sense to them,” he said. “That’s where the Gospel has to touch people, in their hearts.”


Lifeword provides a “suitcase studio” and hands-on training for local missionaries/producers to create their own programs. Every few years, Lifeword returns to update equipment and help producers improve their skills.


Russell recalls that when Lifeword began a broadcast in the native language of Garifuna in Central America that an individual could go to any village in that area at 2 p.m. on Sundays and hear a broadcast. “It’s a cultural validation — my language is finally on the radio.”


Russell added that Lifeword broadcasts are also having an impact in countries where it is dangerous to share the Gospel. “A number of broadcasts go into Muslim dominated areas or communist dominated areas that are unfriendly to the Gospel,” Russell said, adding that the messages are getting through. “It’s really encouraging. You know you’re having an impact on people’s lives.”


In addition to the messages broadcast around the world, Lifeword produces customized radio and television spots for local churches in the U.S. and offers studio services to churches and recording artists.


According to Parrish, Lifeword has “some of the finest studios in the South,” which generate revenue used for the ministry.


“It’s incredible the amount of ministry done with a few people,” he said. “It’s been a faith ministry. Every year we operate by faith and God supplies, and we try to be the most effective we can with our talented employees. We feel God has called them to be here.


“The heart of Lifeword is more impressive than the stuff we have around here.”


The ministry originated in 1965 when Harold Morris, the first BMA foreign missionary, returned home due to health reasons. “He just couldn’t get missions off his mind,” Parrish said. “He just wanted to reach people with the Gospel.”


According to Phillip Rice, a communications engineer at Lifeword, Morris started broadcasting from his garage and making tapes of the messages to send to radio stations. The ministry — initially called the Harvest Gleaner Hour — became a separate department of the BMA of America in 1968. The name was changed to Lifeword in 1988.

Reflecting on the history of Lifeword, Parrish credits Paul Bearfield for “launching Lifeword into the ministry it is today.” Among his work, he created a fundraising event — a 20-mile walkathon called the Walk of Faith. The first fundraising goal was $100,000, and “he did it.” Today, the event is called the Walk for the World.


Lifeword never asks for money over the air, according to Parrish. He said financial support comes from churches and individuals who care about the ministry.


The Lifeword ministry has changed and grown over time, and more changes are in the works.


Executive director Steve Crawley and others in the BMAA have a vision for Lifeword and the BMAA missions department to join forces to more effectively spread the Gospel to the world. To help accomplish that vision, the missions office will be re-locating this year to Conway from Little Rock.


“The greatest benefit from this effort will be Lifeword and BMAA Missions o
perating with a unified vision,” Crawley said. “Through joint strategic planning, we expect our efficiency and effectiveness to increase.”


Lifeword is also shifting its focus to not only share the message but to training and equipping those in other countries to reach out to their own people and train/equip others.


While the messages have traditionally been delivered via radio, Lifeword is also moving toward more Internet based broadcasts. In addition, Russell said the cell phone is considered “the new radio” with significant changes and greater accessibility expected over the next three to five years.


Russell considers Lifeword a pretty well-kept secret in the 501. He said in the United States there are many opportunities for individuals to hear the Gospel.


“We are trying to reach people who haven’t had a really good chance to hear and understand the Gospel,” he said. “We would like for those in the 501 to pray for us. Their influence does reach around the world in a lot of different languages.”