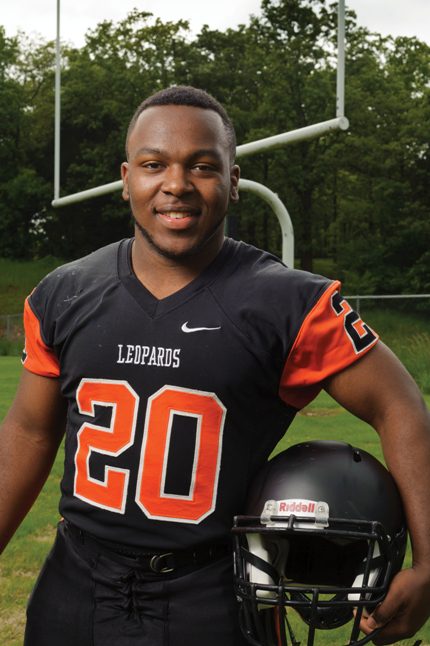 
Jamari McCollum is that kid. You know the one. He’s the player on the team and student in the classroom that lifts the spirits of everyone around him.


And Malvern would be hard pressed to find someone who loves the town and the football team more than McCollum.


“I’ve been playing football since the fifth grade,” McCollum said. “My brother and me would always have pushup competitions when I would go out and see him in California. I felt so big sometimes even though I would lose. I felt good, so I thought, ‘You know what, I’m going to play football.’ I’ve always been fast and kind of chunky, so it just fit.


“I developed a heart for the game and love of the town.”


McCollum, a senior running back for Malvern, was selected to this year’s 501 Football Team — 27 players representing all 11 counties of the 501. The team boasts the best the 501 has to offer both on and off the field. McCollum was nominated by his head coach, Mike Scarbrough.


“Jamari is a relentless runner,” Scarbrough wrote in his nomination. “He’s very hard to tackle at 5-foot-5 and 198 pounds. He is also very quick and strong. He respects all his teammates and always gives maximum effort, and his teammates trust him. Off the field, he’s very respectful, follows instruction, has a great attitude and works hard.”


In 2014, McCollum carried the ball 114 times as Malvern’s No. 2 running back. He racked up 724 yards and nine touchdowns. So far this season, McCollum has helped lead the Leopards to a 2-1 record coming out of non-conference play. The senior has led the charge in the ground game, rushing for 279 yards on 28 carries, scoring five times.


“I expect Jamari to be one of the leaders on our team,” Scarbrough said. “He has the potential to be a great weapon on offense this year. We expect him to rush for more than 1,000 yards.”


While Jamari has statistical goals he’d like to hit this season to help his team be successful, his primary focus is on being a better teammate to his fellow Leopards. 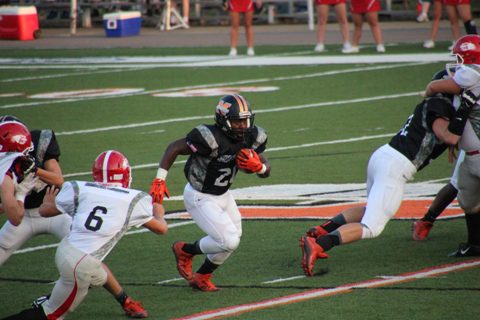 “I really want to create a bond with my team for us to work a little harder,” McCollum said. “Last year, I was a little too focused on getting more for myself, and I’ll still have goals like that this year, too, but overall, I want to be a better teammate. I feel like I’m a good teammate, but I want to be a better one.”


The Leopards open up 7-4A play at Bauxite, a team in which McCollum has fond memories playing against in the past.


“My sophomore year, we played Bauxite and I took one back 60 yards for my very first play,” McCollum said. “I was just so excited.”


McCollum also runs track for the Leopards and is a member of the Malvern Mentoring group. He also enjoys being a part of the debate team.


“I enjoy the debate team,” McCollum said. “The structure of your defense — it’s a lot like running plays on offense and defense in football. It’s fun because you look for the facts. It’s really about listening and gathering information.”


When he’s not making highlights for the Leopards on the football field, McCollum can be found providing a bright spot in the classroom.


“He respects his teachers and classmates,” Scarbrough said. “He never has a bad day. Jamari is a great young man that makes good grades and is a pleasure to be around. Kids like him make coaching the best profession in the world.”


McCollum and the Leopards open up 7-4A play Friday at Bauxite.