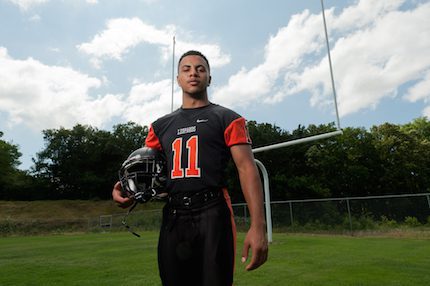 Malvern won nine games in 2013, finishing second in the mighty 7-4A conference. Over the offseason, the Leopards have added depth and grown stronger in an attempt to challenge Arkadelphia for the conference title in 2014.


“I expect it to be like always, one of the strongest Class 4A conferences year after year,” second-year coach Mike Scarbrough said.


Eight offensive starters return, including Trace Collie, who stepped in at quarterback and passed for more than 1,000 yards last year. The intelligent junior exhibits great accuracy and precision with his throws.


Hard-working Montae Hernandez is a bruiser and commands the running game. The senior ran 254 times for 1,777 yards and 15 scores in 2013 and got stronger in the offseason. Hernandez was recently named to this year’s 501 Football Team.


“Montae works hard every play and is a positive role model on the field,” Scarbrough said. “He displays character all the time and is an awesome young man.”


“We feel really good about our running game,” Scarbrough said.


Defensively, things look positive for the Leopards with six starters returning to the team, including senior linebacker Tashaun Hart, who tore his ACL last year.


Senior Quincy Collier excelled in Malvern’s 3-4 scheme and was named to the All-7-4A team last year. Senior Kedric Dickens is stingy at cornerback, in addition to being an explosive wide receiver.