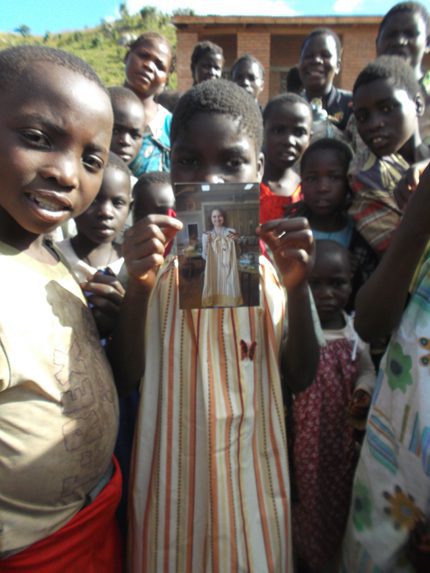 On Easter Sunday, Cathy Dingler began her journey from the 501 to Malawi.

Her journey began months earlier as she celebrated her 60th birthday by inviting friends and family to make “little dresses” for children in Africa at a work session in the gym of her church — First United Methodist in Malvern.

After a large turnout and exceeding her goal of making 60 dresses for the party — the group made 90 — she was excited to prepare for the mission trip to deliver the dresses, as well as school supplies and containers filled with basic supplies for the native women of Malawi.

In October, Dingler sat down with 501 LIFE and passionately shared her plans. “On this trip we will actually do a Bible school with the kids,” she said. “We are going to have a women’s conference while we are there. We are going to teach nutrition, sanitation and health issues.”

On Monday, April 9, Dingler and 11 other volunteers boarded a plane for Africa with more than 2,000 little dresses in tow, as well as “Buckets of Hope” that contained everything from laundry detergent to rice and salt. A 40-foot container holding school supplies was shipped to Malawi in January to help furnish the school under construction.

“I think it was 26 bags all together that we had. Just the trip from the airport there to the hotel was an adventure,” Dingler said.

The group was furnished a bus by the Ministry of Hope in Malawi — an outreach that was started as a response to the growing need for orphaned children in the country. The ministry sponsors feeding centers, discipleship and education programs and the Crisis Center nursery. Dingler and the other volunteers spent their first day of the trip at the nursery in Lilongwe, Malawi.

“It is an orphanage for babies up to 3 years old,” Dingler said. “Their goal is to get babies reunited, in their village that they came from, with family. Often the father has died and the mother has so many other children that she cannot care for the new baby,” Dingler said.

Dingler said 21 babies were at the crisis center when she was there, and she worked in the kitchen and helped to feed the children.

“Others in our group mopped the floor and did laundry, but we still had time to play with the babies,” she said. “The babies were very receptive to us. They just wanted to be held.”

Dingler said the group served in any way they could, including helping with malaria vaccinations and H.I.V. testing. The life expectancy for a Malawian is, on average, 52 years, and the death rate as well as the birth rate is very high for Africa. Dingler met children who were parenting their siblings. Dressed in rags because they must wash their garments on the rocks in the river, the wear-and-tear on what little they own is substantial. This is part of the reason, she said, that the Little Dresses mission is so important.

“Most of them put the dress on when they got it,” she said. “We told them they [the dresses] were an expression of God’s love for them.”

The group also hosted women’s conferences and put together “gift” bags containing shampoo, conditioner, lotions and a product called “Sani-panties.” These sanitary undergarments allowed the women to be productive in society during menstruation — something most people take for granted.

“Little girls couldn’t go to school during their periods. Those bags were like Christmas to them.”

The men in the group spoke to other men in the villages during the women’s conferences about their responsibilities as men and heads of the family.

On the fifth day of the trip, the team ventured to Thobola, Malawi, and visited the school built by the Little Dresses for Africa Foundation — the location where the container of supplies was to be shipped.

“We walked up the road, and children met us with banners, cheering,” Dingler said. “I never thought I would love it so much. I loved serving children; I loved serving the food. It was a very humbling experience. To see them lift their little hands holding their coffee can lids to be served, and they ate with relish.”

Dingler said that knowing of the high death rate in Malawi became overwhelming at times. “The number of babies [was overwhelming]. I knew that most of them wouldn’t live to be adults. It’s hard.”

Dingler said she learned a lot on this trip about missions and meeting a need.

“We can make a difference,” she said. “That was one of the things somebody asked me, they said, ‘Do you think you made a difference?’ I did show some people God’s love. I didn’t make the count
ry that much better, so I didn’t solve any of their problems, but I did make life a little bit better for some of them.

Throughout her trip, she had a special verse hidden in her heart:

“But because of his great love for us, God, who is rich in mercy, made us alive with Christ even when we were dead in transgressions — it is by grace you have been saved. And God raised us up with Christ and seated us with him in the heavenly realms in Christ Jesus, in order that in the coming ages he might show the incomparable riches of his grace, expressed in his kindness to us in Christ Jesus. For it is by grace you have been saved, through faith — and this is not from yourselves, it is the gift of God — not by works, so that no one can boast. For we are God’s handiwork, created in Christ Jesus to do good works, which God prepared in advance for us to do.” – Ephesians 2:4-20.

“It is but by the Grace of God that I can do what I can do,” Dingler said. “We are born into a rich country. By Grace I was placed in the United States. By Grace I was given parents who were able to raise me. Some children are just struggling to live.