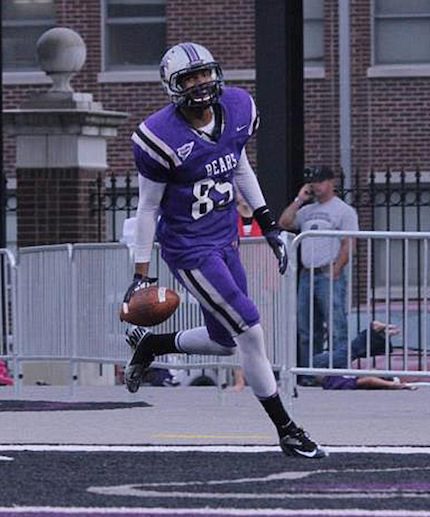 University of Central Arkansas sophomore wide receiver Dezmin Lewis was named the Southland Conference Special Teams Player of the Week on Monday for his efforts against Bacone College on Saturday.

Lewis, from Mesquite, Texas, scored two special teams touchdowns in UCA’s 70-3 win over Bacone. He returned a blocked punt 12 yards for a score in the opening minute of the second quarter, then scooped up a snap that went over the Bacone punter’s head and took it 18 yards for another touchdown in the third period.


The Bears (2-1) host No. 1 Sam Houston State at 3 p.m. Saturday in the SLC opener, a game that will be featured on the SLC Television Network.