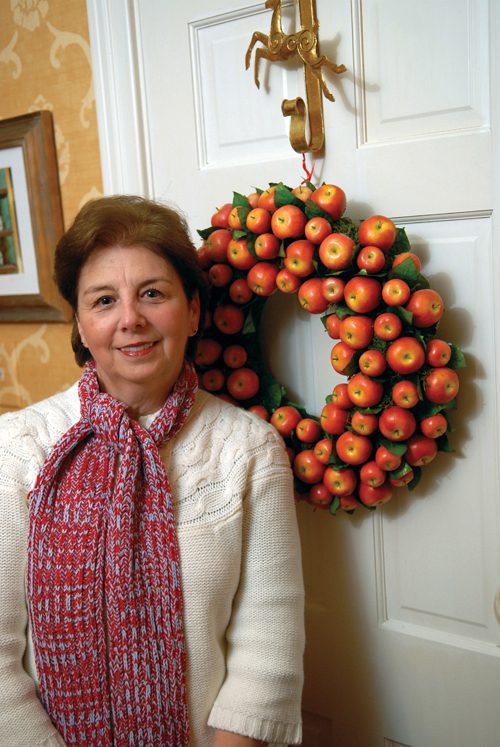 18 Feb 2010 Lesson in faith: Principal receives the gift of life

St. Joseph School Principal Susie Freyaldenhoven has learned firsthand the power of prayer. The recipient of a kidney transplant, she plans to share the lessons she has learned with her students and others.

Originally from Houston (Perry County), Susie has worked 11 years as an educator at St. Joseph, with the last eight as principal. She and her husband, Todd, have three sons – Matt, Brandon and Spencer.

After battling kidney disease for nearly two decades, her doctor shared with her last March that she was in need of a kidney transplant and it could take two years to get on the transplant list. “Everything just kind of bottomed out.” In July, she asked her doctor how much her kidneys were functioning and was startled to learn only 8 percent. “I told him, ‘You didn’t tell me it was that bad.’”

Mrs. Freyaldenhoven began to feel fatigue and experience other problems as her condition worsened. During a doctor’s appointment, the conversation turned to dialysis. “I had really started noticing very particular symptoms,” she said, explaining that she planned to get back with her physician after a trip to Florida for a family wedding to discuss what she was experiencing.

The Freyaldenhovens had barely arrived in Daytona Beach, Fla., and were at the wedding rehearsal when they received “the call” about the transplant. “We had been on the ground only five hours when the transplant team called stating they had a kidney match.”

Early the next morning, the family boarded a plane to return to Little Rock in hopes that the transplant surgery would happen. They discovered that she was actually not officially on the transplant list and there were five others ahead of her.

“Two of the people on the list didn’t match the cross typing on the blood from the new kidney. Two people were out of town and couldn’t get back in time. That left one other person,” Mrs. Freyaldenhoven said, explaining that she still had to be given approval. “That’s not an easy feat when you think about all of the paperwork, red-tape, and insurance clearance required.

“However, my surgeon, Dr. Gary Barone (at the University of Arkansas for Medical Sciences), asked the transplant team if they could make a miracle happen in 12 hours. Numerous people worked overtime for many long hours that Friday night to help get clearance for the kidney.”

Mrs. Freyaldenhoven said the most difficult time was the six hours it took to complete the testing to determine whether she was a match.

“When I think back on those six hours, there was like this calm over me. The only thing I can attribute it to is the grace of God from people praying for me,” she said. “There were lots of things to be concerned about but it was like a miracle to me because it all fell in to place.”

Months of processing, testing, and possible donor matches culminated with a miracle transplant on Nov. 7. “I attribute it to all the people who prayed for me,” she said. “I was blessed with an excellent kidney that according to the surgeon is a near perfect match for me.”

Mrs. Freyaldenhoven has been overwhelmed by the outpouring of love, support and assistance she has received from students and their parents, faculty and staff at St. Joseph as well as throughout the community. As word spread about her health problem, her name was placed on prayer lists and prayer chains with different groups and churches.

“In a lot of ways, people reached out to me in prayer,” she said. “You know people care for you but you don’t really know until you need help…Lots of people banded together. Without faith, I don’t think I could have made it.”

Mrs. Freyaldenhoven has also been blessed by the help she has received from her immediate family in the many ways they stepped up. “My husband has been wonderful and my boys have been amazing.”

Reflecting on the experience, she recognizes how fortunate she has been that there wasn’t a two-year wait for the transplant list and she did not have to undergo dialysis. “There were so many blessings.”

While her siblings were being tested as possible donors, the kidney was actually from a woman in her 30s who died. “It’s another facet of emotions. I have been blessed with a new lease on life but somebody else died and gave up their kidney for me to have a better life.”
In letters she wrote to her students during her recovery, she asked them to pray for the donor’s family. “She gave me the gift of life, and lives on through me,” she said, explaining that she plans to write the family and express her condolences and her gratitude. “How do you say thank you to someone for that?”

Through her transplant and recovery, Mrs. Freyaldenhoven has worked to stay connected with her students, faculty and staff. They too have shown their affection for their school principal. On Dec. 18, over 100 students surprised her by showing up on her front lawn to sing Christmas carols and present her with gifts and cards.

While she has taken precautions to limit exposure to infection and continues to make regular trips to the doctor for checkups, recovery has gone well. “I am feeling so much better. My struggle now is making myself take it easy so I will completely heal. There are many possibilities for relapse over the next few months. But after all that the Lord has done thus far, I know He will be there for the rest of the journey.”

Mrs. Freyaldenhoven returned to school Feb.11, greeting students in the drop-off line at the elementary school just as she did before the transplant. “I couldn’t wait to get back to my kids.”

The school principal plans to use her transplant experience to further emphasize her motto when it comes to educating youth at St. Joseph – “Integrating faith, learning and living.”

“This has really given me a doorway to teach my students you have to rely on God and that we all can be role models to each other. You never know what life is going to throw you. We have to keep our faith. They were being the hands and feet of Jesus through the kindness they have shown me.”

For those confronting a serious health issue, Mrs. Freyaldenhoven has two bits of advice. She encourages individuals to find someone who has faced the same health issue that can be used as a resource to get a better understanding of “before” and “after” a major procedure.

“No. 1, trust in God that He’s going to get you through. You have to know God is going to take care of you and put it in His hands.”