I first realized I had an oversupply issue when my firstborn was 2 weeks old. We struggled to get him to alternate between breast and bottle because he was a little early, and neither came super easy for him. To make sure he was getting enough to eat, he had to take a bottle after nursing. I had to pump to try and figure out how much he was eating and give him a little extra to “top him off.”

After two weeks, our freezer was completely full of milk. I mentioned it to some friends, and they were impressed. That was my first inkling that this wasn’t exactly normal. After a month or so, we had trash bags full, completely overflowing our friends’ deep freezer. I had no idea what to do with all of this milk, and then a friend suggested that I donate it.

I contacted Arkansas Children’s Hospital only to be told that they don’t accept donor milk anymore. I felt defeated. I really wanted to help babies who needed it the most, and I was told by multiple local hospitals that there are reasons why they can longer accept donated breast milk.

My next stop was to search online, and I found milkbank.org. It was a lengthy process, but it seemed like the only way to get this milk out of my friends’ freezer and in to the bellies of babies who needed it. The morning that I was scheduled to have a nurse come to my house to draw blood for the application, I was informed of a very critical need for donor milk. A friend was a part of a Facebook group called Human Milk for Human Babies (the Arkansas group). In these groups, moms will post if they have excess milk to donate, and other moms will post if they are in need. They share locations, and if someone is able to help, they meet up.

My first donation was to a family who was adopting a baby who was in the NICU and not doing well with formula. He wasn’t progressing like he needed to and wasn’t hitting milestones that he needed in order to get out of the hospital. This mom had read articles about the power of breastmilk and felt it was his best chance. I donated close to 1,000 ounces that day.

Within a week, he was progressing so much, and his doctors were telling his mom to keep him on breast milk. Over eight months, I donated all of the milk that this baby needed. I also donated to other babies simultaneously. I was making enough milk for triplets.

When our second baby was born, I didn’t know what to expect. I thought maybe I just had a unique experience with our first and this time it would be more normal. I was wrong. By the third day, I was making enough milk for quadruplets.

This time, with a newborn and a toddler, I didn’t have time to nurse and pump as much as it required to maintain that kind of supply. It was very painful, and I had to work really hard (I can’t accurately express how much work this took) to decrease my supply. Despite this, I always made way more than we needed. God knew what he was doing and connected us with another family who desperately needed donated milk. Same story with our third baby.

With each baby, I met multiple families who, for one reason or another, could not supply breast milk to their babies without help. I’m very thankful that I was able to supply a few babies with all of the milk they needed for the first year of their lives.

Altogether, I donated more than 15,000 ounces of milk.

And to think, in the beginning, I was hesitant because I thought it seemed weird. The idea of taking milk from someone else and giving milk to another baby just seemed so foreign. God is so intentional though, and He knew what He was doing when He made me make more than what my babies needed. 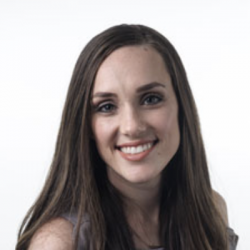