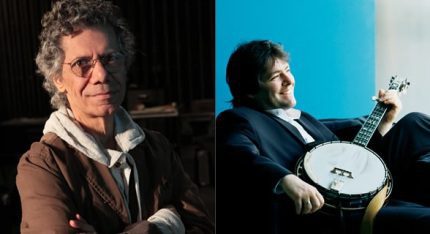 Two historic classical musicians have joined their talents for a 2014 tour across the U.S. Corea and Fleck joined forces with their Grammy-winning album “The Enchantment.”


“We are excited to bring these two highly acclaimed musicians to the University of Central Arkansas campus,” said Amanda Horton, director of UCA Public Appearances. “They have amazing talent, and their success in the music industry has been proven through their combined 33 Grammys.”


Fleck is most known for his creative style with banjo instrumentals. He has been nominated for 25 Grammys and won 13 times. He is known around the world as a man with many styles. Fleck has proved to be an interesting musician because he puts his musical talents into various genres. He has worked in country, pop, jazz, bluegrass, classical, folk, spoken word, composition and arranging. He has also been involved in a band Béla Fleck and the Flecktones for the last 25 years.


Corea shows the audience his talents when placed in front of a piano. Since 1966, he has performed in various jazz bands as lead pianist. Next to the piano, Corea shines on an electric keyboard, which he used when playing for the bands Return to Forever, the Elektric Band, and now the electro/acoustic Vigil. Over time, Corea has managed to obtain 20 Grammys and was nominated for 61, making him the fourth-most nominated artist in the history of the award. He also recently played for the John Mayer Trio on “Late Night with Seth Meyers.”


Combined, Fleck and Corea seem to bring the best of both worlds of classical music and jazz, and they expect to show UCA their historic collaboration of piano and banjo.


“Tickets are selling quickly so don’t hesitate to get your tickets to this amazing show,” Horton said.


(The UCA College of Fine Arts and Communication includes the Departments of Art, Communication, Mass Communication and Theatre, Music and Writing. The college’s primary mission is the preparation of the next generation of artists, educators and communicators. For more information about CFAC, visit www.uca.edu/cfac or call 501. 450.3293.)