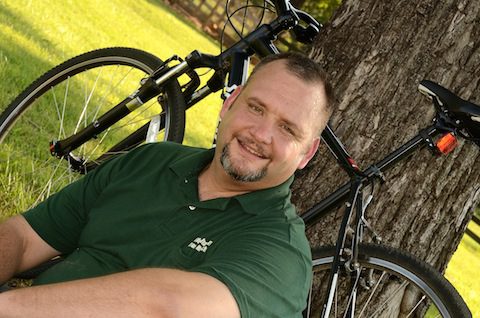 25 Aug Gearing up for the Glenhaven Grind

Bud Oliver has a passion for the young people served at Glenhaven Youth Ranch. So much so, he is undertaking something new and challenging — training for a long-distance bike ride.

Bud plans to participate in the 25-mile course during the Glenhaven Grind, a cycling event that benefits the ministry at the youth ranch.

Glenhaven is an intensive, long-term residential facility that provides a loving home, lasting hope and liberating future for youth at risk. Teens from across the country come to Glenhaven having survived traumatic childhood experiences. The average stay is 12 months. A faith-based non-profit, the ranch operates through God’s provision by individuals and organizations.

“We take kids who’ve been hurt and beat up by life,” Bud said, adding that he considers it a ministry. He encourages 501 LIFE readers to contact the ranch if they have struggles with a young person. He said the ranch may or may not be able to accept the individual into the program, but the staff has a lot of resources.

Last year, the ranch graduated three seniors. One is employed and preparing to attend college, and another is attending a transitional program. A third was one of four young people chosen for a horse program in Wyoming.

According to Bud, the staff wears many hats, but he is primarily a teacher at the ranch, focusing on social sciences and English. He has been involved in the ranch for a number of years. “It’s very dear to my heart, this place.”

Bud was asked by Jason Golden, program director at the ranch, to be a part of a team for the race. Bud “opened his mouth with an idea that he hadn’t completely thought through” and suggested that he train for the event and share his experience through a blog. Jason’s response was, “Great idea. You’re doing it.”

Bud has been sharing his training experience at http://grindingmrbud.wordpress.com.

Bud started “generally” training about six months ago and “in earnest” over the last month or so.

“I’m not in shape. I’m getting there,” Bud said, adding that he’s nervous about the event. The only other event he has participated in similar to the Grind was a three-mile run when he was 8. “I’ve never done anything like this before.”

Thankfully, Bud will have the right equipment for the Glenhaven Grind, which will help.

For training and the event, Bud was loaned an inexpensive bike that was in desperate need of repair. “It was in very poor condition,” he said. “There was no way I could use this bike in this race.”

aThe bike was taken to The Ride in Conway, which offered to repair it at no charge. When Bud checked the status of the repair a week later, he was told that it was not worth repairing. Instead, The Ride donated a $700 cross trail bike to the ranch that Bud can use to train and participate in the event.

“I was flabbergasted that he (Eric Leamon) would do something like that,” Bud said, adding that he was nearly speechless when presented with the gift. “It was beyond anything I could imagine.”

Because it is a cross trail bike, Bud can ride it at the ranch as well on concrete or asphalt surfaces.

“I probably wouldn’t have been able to ride without a decent bike,” Bud said, expressing his thanks to The Ride.

Bud encourages riders and non-riders to attend the Glenhaven Grind, which starts and finishes at First Baptist Church in Morrilton. There will be a raffle with door prizes and lunch provided. There are three courses: 15, 25 and 50 miles.

Bud hopes that his blog will help generate sponsors to provide financial support for the ranch as well as raise awareness for Glenhaven.

“Ultimately, I believe God is going to provide what He wants out of this event,” Bud said.