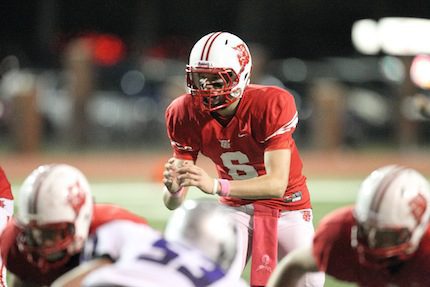 14 Nov Francis, Wildcats search for success in 3A playoffs

[UPDATE] – Will Francis signed a letter of intent Thursday, Nov. 15, to play basketball at Harding University.


After falling in the quarterfinals, 35-9, to Charleston last season, Harding Academy (10-0, 7-0) hasn’t missed a step in 2012, winning its fourth-consecutive 2-3A conference title and fifth in seven years.

Leading the charge for the Wildcats is senior quarterback Will Francis.


Francis is a member of the 2012 501 Football Team – 20 players representing all 11 counties of the 501. The team boasts the best the 501 has to offer both on and off the field. He was nominated for the team by his coach, Roddy Mote.


“Will is well respected by his teammates and is considered the spoken leader of the football team,” Mote said. “He is a very humble and caring person. He is a servant. That’s his style of leadership. He plays with great humility and has a desire to honor God through his participation in sports.”


“Everyone’s goal is to make it to War Memorial Stadium," Francis said. "I’d like to think that’s not what defines us as a football team. We’re going to try to get there, but Coach Mote wants us to take it one game at a time.”


Trailing 14-0 to Smackover at halftime in last week’s 3A playoff opener, Francis and the Wildcats fired back in the second half, scoring 21 unanswered points en route to a 21-14 victory over the Buckaroos. With the win, the Wildcats advance to the second round of the playoffs and will play host to Lamar tomorrow at 7 p.m.


“I expect Will to be Will,” Mote said. “Although he is extremely competitive, he is always able to keep things in perspective. His character and reputation are more valuable to him than any personal achievement or team success. I don’t know that I have any higher expectations for Will than he has placed on himself. He prepares for success!” 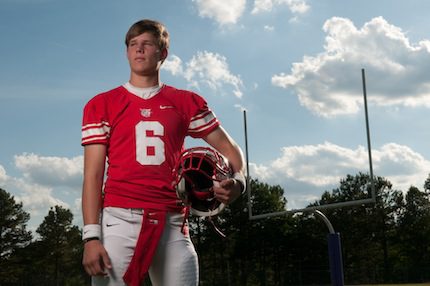 “I started playing football in fourth grade,” Francis said. “All of my friends were playing. I watched all the games on Friday night and looked up to a bunch of guys that played the game. I wanted to be one of those guys one day and here I am. The time goes by so fast.”


Regardless of how the playoffs turn out for the Wildcats, Francis wishes to finish his high school career with no regrets and some great memories.


“After they beat us pretty handedly in the playoffs in 2009, beating Fountain Lake three times in two years was really special,” Francis said. “We’ve enjoyed that quite a bit.”


Should both teams continue to advance, the Wildcats could play host to the Cobras in the 3A semifinals, similar to 2010, when Harding Academy defeated Fountain Lake, 33-15.


“Another great memory would be the state championship game against Rivercrest,” Francis said. “Unfortunately, we came up short, 14-10. Looking back on it, however, it was a great atmosphere and it was a lot of fun, even though we didn’t come out on top.”


Not only does Francis excel on the football field, but he also puts extra effort into his time on the basketball court and baseball field for Harding Academy, as well as his church, College Church of Christ, in Searcy.


“Will pursues excellence in all areas of his life – spiritually, physically, academically and socially,” Mote said. “He visits the Sunshine School every Monday during the academic year and spends time with the children there. He participates in a community outreach program called ‘Bisons for Christ.’”


Despite his busy schedule, Francis always makes time for the people and activities he cares about.


“Playing three sports takes up a lot of time,” Francis said. “I try to take advantage of every opportunity around me in all three sports I play. I also try to be involved in my church as much as possible. There’s a strong Christian presence [in Searcy]. There are many Christian people around me who influence me in the right way, and I love living here.”