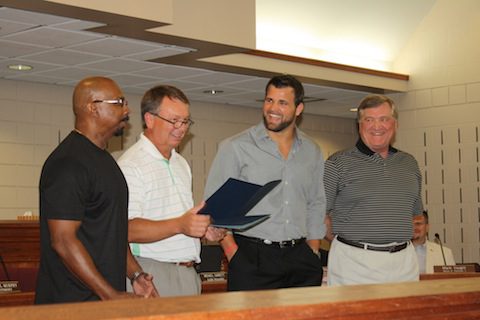 The City of Conway surprised Conway native Peyton Hillis with a special honor Tuesday night, recognizing where the journey began for the NFL standout.

Hillis played in the fifth and sixth grades for the Curtis Cowboys, coached by Theodore Jones, who is now a city alderman and made the motion to approve the resolution.


The resolution noted that Hillis began his football career in the Conway Optimist youth league and listed some of his accomplishments:

Hillis rushed for 1,177 yards and 11 touchdowns last season with the Cleveland Browns establishing himself as one of the best running backs in the NFL.