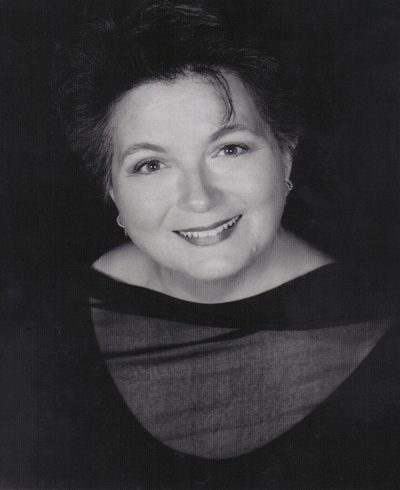 The Conway Symphony Orchestra will present "The Best of Stage and Screen," a pops music concert at 7:30 p.m. Saturday at Reynolds Performance Hall.

Guest soloist Christine Donohue will perform Vincent Youmans’ “Without a Song,” from the musical “Great Day,” which has been recorded by Perry Como, Frank Sinatra, Tony Bennett, Mahalia Jackson, The Supremes and many others.


Donohue, a soprano from Pennsylvania, has performed with numerous opera companies throughout the United States, Canada and abroad including the New York City Opera, Cleveland Opera, Houston Grand Opera, Arkansas Opera Theatre and the Hong Kong Opera. Concert performances include engagements with the St. Paul Chamber Orchestra, the Houston Symphony and Brooklyn Academy of Music. Donohue has won special acclaim for her portrayal of Lucia di Lammermoor, Violetta in La Traviata, the title roles of Tosca and Madame Butterfly and both Pamina and the Queen of the Night in The Magic Flute among others. She was a winner of the Luciano Pavarotti/Opera Company of Philadelphia International Competition, recipient of a Martha Baird Rockefeller Grant and Sullivan Grant, and took second place in the Metropolitan Opera National Auditions.


Donohue’s appearance is underwritten by guest artist sponsor Crain Automotive. "It’s always such a thrill to sing in my own community and to see so many familiar faces in the audience,” she said.


The Conway Symphony Orchestra will be under the direction of guest conductor Amy Chang, director and conductor of the Yu-Yun orchestra in Taipei, Taiwan. Chang successfully debuted her work with the Conway Symphony at the Feb. 18 children’s concert. She describes the Best of Stage and Screen concert as, "Tunes that you want to hear again and again, tunes you want to sing along with. The songs remind us of great moments and wonderful times in our lives.”