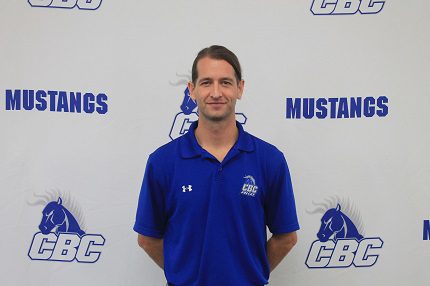 
“We are very excited about this opportunity,” Middleton said. “Coach Murphy brings a Division I recruiting background and a winning philosophy.”


“I’m incredibly excited to be here,” Murphy stated. “When I was first hired as the men’s assistant, this place felt like home immediately. I don’t know how to thank everyone.”


Murphy’s collegiate coaching career began at his alma mater, the University of Central Arkansas, where he spent three seasons (2012-14) as the goalkeeper coach for head coach Ross Duncan. He coached three different keepers to 50 save seasons for the Bears during his tenure.


Murphy also has extensive club coaching experience in Arkansas, coaching with the Arkansas United Club from 2010-14. He was the director of goalkeeping during his entire tenure while also coaching Under-12 boys and girls and Under-17 boys.


Murphy played goalkeeper for UCA for four seasons (missing one due to injury), graduating with a bachelor’s degree in general psychology in 2009. In 2007, he made eight starts, averaging 1.67 goals against while making 15 saves. The preceding season, 2006, was Murphy’s best season in goal. He played in 13 matches, making 10 starts and averaged 1.61 goals against, made 49 saves and had a record of 5-5 with four shutouts. His first season, 2005, He played in seven games, making four starts, allowing a 1.67 GAA, making first saves and garnering a record of 3-0-1.


Murphy acquired his master’s degree in sports psychology in 2014 from Kaplan University. Prior to coming to CBC, he served two years as a volunteer in the Philippines for the Peace Corps. He resides in Conway.


What others are saying about Coach Murphy:


"It is really cool to track the progress of former players and coaches that have come through our program. Murph is a guy who is extremely dedicated to the game, and from my experience with him as a coach, I know he will have a big impact on that team. They should anticipate having someone who will improve not only their on-field performance but also someone who will take the time to prioritize character."


“I believe this is a great opportunity for Coach Murphy. His passion and heart for individuals will be great for the growth of the women’s game here at CBC.”