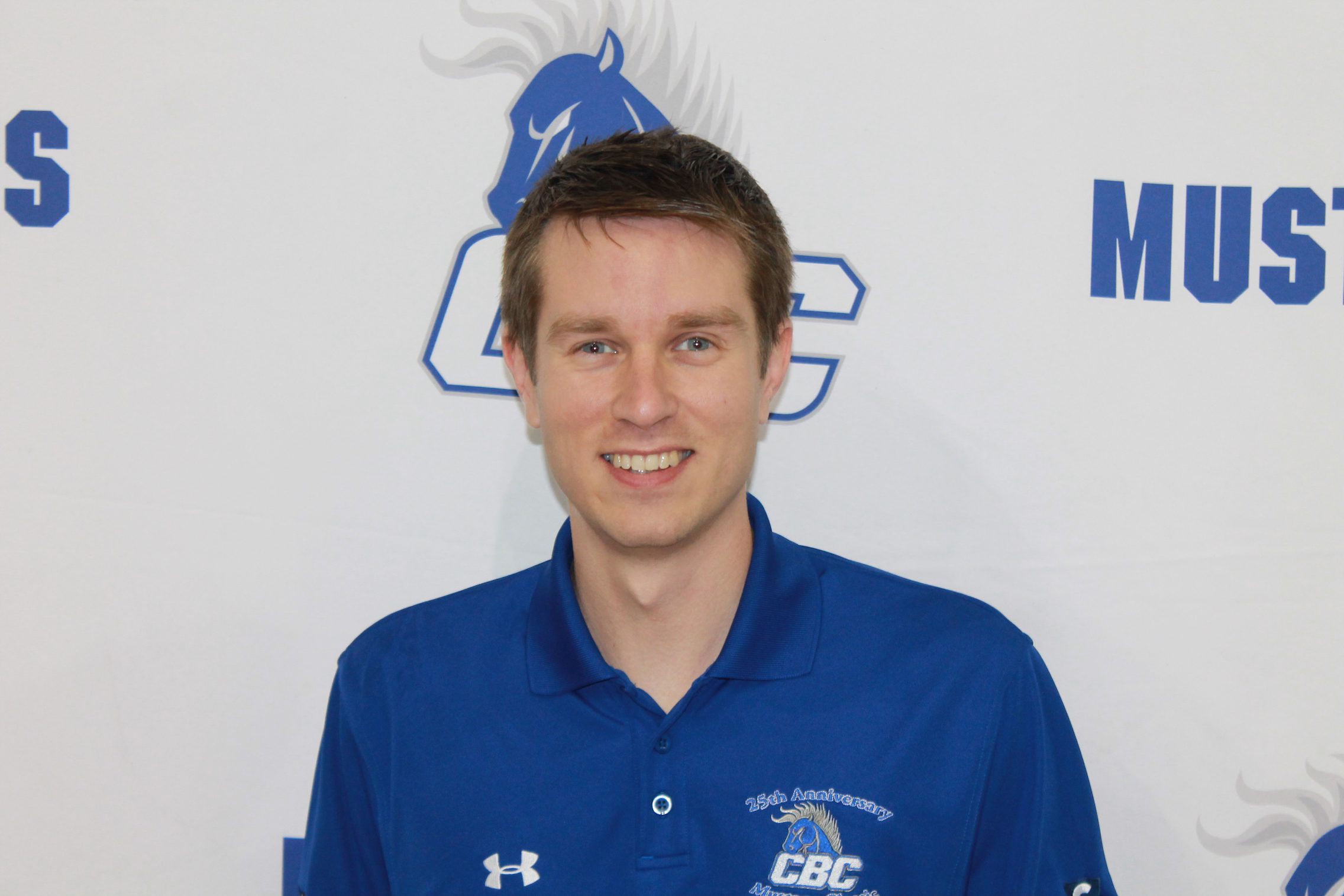 
“He’s taking on an important role in the athletic department as the associate AD along with athletic compliance,” Middleton said. “Taking on such a big responsibility is important and he’s a great addition to the department.”


Mayo, a 2012 CBC graduate, becomes the associate athletic director after serving the past three years as the director of housing and student activities. In his new role, he will coordinate team eligibility information for all of CBC’s 16 sports, solicit corporate memberships for the Mustang Club, develop fan support for Mustang Athletics, coordinate intramural and club sports and assist in the overall administration and development of the athletic department.


“I’m very excited to serve as the associate athletic director for CBC,” Mayo said. “Athletics is a major part of CBC and its culture. I’m looking forward to working with great people and helping them succeed in any way that I can.”


Mayo began working at CBC as a senior student when he served as an admissions counselor. Upon graduation, he took over as the director of annual giving at CBC, a position he was in for two years. As director, he was responsible for developing a new framework for the college’s annual fund program, maintaining relationships with existing donors and developing new donors.


As the director of housing and student services, Mayo’s previous position, he managed all aspects of student activity on or around campus and developed and managed relationships with many different organizations to ensure the student’s day-to-day needs were met. The roles included supervision of the housing staff and development of student programs to enhance the student experience at CBC.


Mayo has a bachelor of science degree in health sciences. He and his wife, Lacie, also a CBC alumnus, have a 7-month-old son and are members of The Bible Church in Little Rock.