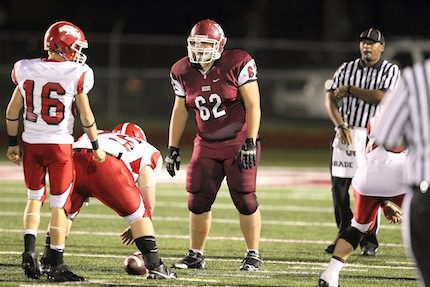 
The Badgers got off to a slow start to say the least, losing their first six games of the season. In the first three weeks, Beebe scored just one touchdown. But the Badgers never quit.

In Week 7 at Blytheville the Badgers were down by six with about 90 seconds to go. Beebe drove about 50 yards, scored to tie it and then won it with an extra point with about 20 sec left in the game. Beebe turned that momentum into a three-game win streak before falling in Week 10 to Batesville to close out the season.


In 2013 the Badgers will benefit just from a pure numbers standpoint — six starters return on offense, and nine return on defense.


“Offensively we expect to be much better,” Coach John Shannon said. “Most of our offensive line is back.”


Junior Aaron Nunez returns for his second season at quarterback. Seniors Race Payne, Josh Griffith and Buck Henry and juniors Spencer Tapp and Wade Jones are a cohesive unit on the offensive line.


Senior noseguard and 501 Football Team nominee Dusty Skinner returns after missing all of 2012.


“He was hurt last year and did not get to play but was there everyday encouraging his teammates and helping in any way he could,” Shannon said. “He never stops and always goes hard.”


“The 5A East will be pretty tough,” Shannon said. “Batesville has been to the finals the last two years. Forest City is the team to beat, and Wynne is expected to be good again this year. That leaves the rest of us fighting for the remaining spots.”