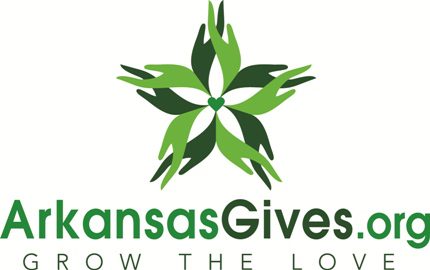 Arkansas Community Foundation is challenging all Arkansans to make an online donation Thursday, April 2, to help reach the goal of $1 million raised for nonprofits statewide.


More than 350 nonprofits statewide are participating in ArkansasGives. Online gifts made via ArkansasGives.org from 8 a.m. to 8 p.m. April 2 will help nonprofit organizations earn bonus dollars from a $250,000 bonus pool provided by the Community Foundation.


“It’s one day, one easy way to give,” said Heather Larkin, president and CEO of Arkansas Community Foundation. “Your gift makes an impact for good through nonprofits in your community and the state.”


For example, at least 10 local and statewide hunger relief nonprofits are participating in ArkansasGives. With a rating of 19.7 percent, Arkansas ranks fifth in America in the number of food-insecure households without children. Households with children fare far worse, with 28.2 percent reporting they have difficulty affording food. In addition, Arkansas has a higher rate of seniors who are food insecure than any other state in the U.S.


“To combat food insecurity in our state, you can make a donation April 2 to support one of the many hunger relief organizations participating in ArkansasGives or choose one of the other 350 nonprofits serving a cause important to you,” said Larkin.


On April 2, the public will be able to give online from smartphones, tablets or personal computers by going to ArkansasGives.org, choosing one or more nonprofits from those participating and making a donation. In addition to the value of their gift, ArkansasGives donors will help nonprofits receive a portion of the bonus dollars and help them vie for prizes in a variety of categories.


First Security Bank is contributing a total of $40,000 in prize money for the nonprofits that raise the most dollars and receive gifts from the greatest number of individual donors. First Security Prizes include:


“We are excited to offer Arkansas nonprofits an additional reward for their efforts to raise much-needed funds,” said Reynie Rutledge, chairman of First Security Bank.

“ArkansasGives provides Arkansans an opportunity to have a portion of their charitable donations matched. We challenge other individuals and businesses around the state to give on April 2.”


In addition, Jane Hunt Meade has provided $10,000 for prizes for the nonprofits that raise the most dollars in several categories of service, including health, education and human services.


“The more money supporters donate through ArkansasGives.org, the more bonus dollars and prizes the nonprofits receive,” said Larkin. “For example, if a nonprofit receives 2 percent of the total amount given online April 2, it will receive 2 percent of the $250,000 bonus pool or $5,000 extra, with a chance for one of the additional prizes.”