Posted at 16:39h in Neighbors by Donna Stephens
Share

The Conway Area Chamber of Commerce’s Lloyd Westbrook Good Neighbor Award was made for Crystal Kemp — in more ways than one.

And Lloyd Westbrook was her mentor. 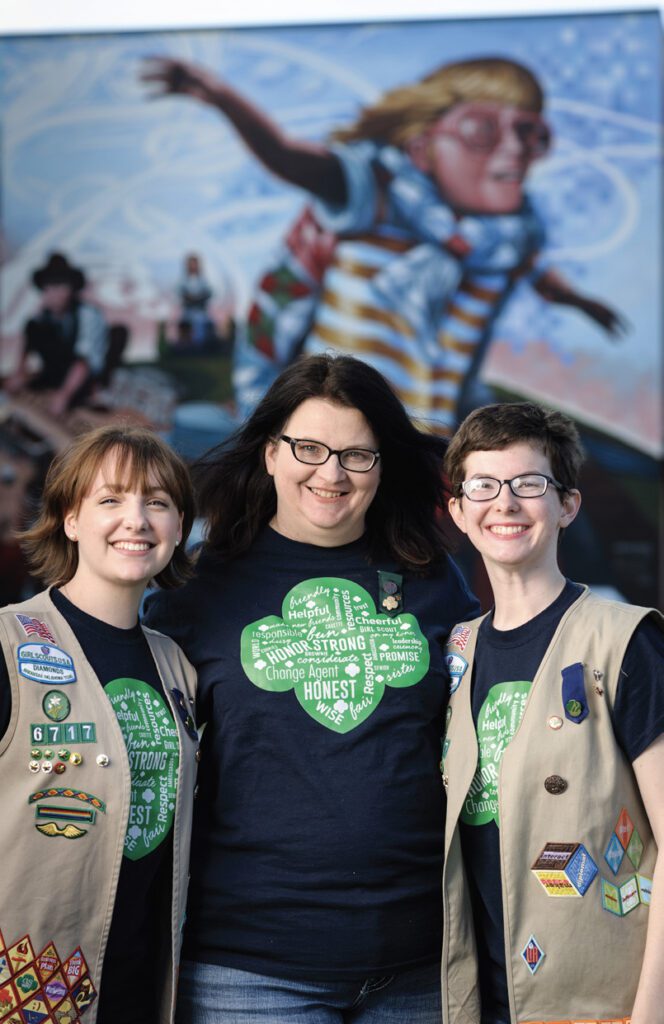 Crystal Kemp, chief marketing officer at Conway Corp, was recently presented the Lloyd Westbrook Good Neighbor Award. Crystal, a long-time Girl Scout troop leader, with Lylla Hinchcliff (left), who has been with Crystal’s troop since first grade, and her daughter, Sarah, a Scout since she was in kindergarten. (Mike Kemp photo)

“I can’t think of a better person to win this award,” said Brad Lacy, president and CEO of the Conway Area Chamber of Commerce. “It’s a little bit serendipitous that it’s named after Lloyd, and that relationship was so special to her.

“It’s neat all the way around.”

According to conwaychamber.org, the organization’s Good Neighbor Award was established in 1973 and is presented annually “to an individual who has given of his or her time and talents. Candidates are known for going beyond the call of duty to help others. The nominee exemplifies outstanding public service to the Conway area.”

The award was renamed for Westbrook, the former president and CEO of the Conway Area Chamber of Commerce, a few months before he died in 2016.

Westbrook hired Kemp at the chamber in 1993, shortly after she and her husband, Mike, moved to Conway. The two worked together at the chamber until he retired in 2000. A few months afterward, Kemp went to Conway Corp.

“When he died, I told Mike it felt like one of my biggest cheerleaders was gone,” Kemp said. “It’s crazy things, like when we moved here, we lived for a year in an apartment before we bought a house. Lloyd went to look at it to make sure I was making a good choice — a lot of things your dad would do, just the way he felt protective and looked out for me and was always thinking about my best interest.”

She said Westbrook was supportive of her move to Conway Corp as director of marketing and continued to stay in touch.

“When I went to work for him, I was 25, and when you’re 25, you think you know a lot of things, and you don’t realize you still have a lot to learn. He was nearing retirement. It could’ve been a completely different kind of relationship, but he saw something in me and he was going to invest in that, and I’m thankful.”

Kemp, whose family moved often while she was growing up, graduated in the final class of Laneburg High School in Nevada County. She worked at a radio station in Prescott and attended what was then Arkansas College (now Lyon College) in Batesville, where she earned a degree in media arts and met Mike, who has worked in photography studios and at newspapers. The couple moved to Conway from Forrest City when he was hired at the Log Cabin Democrat in 1993.

She had worked at the chamber in Forrest City, so she went to see Westbrook. Although he didn’t have an opening then, he called her a few weeks later when the bookkeeper left. Over time, she became membership director and ultimately vice president.

“He invested a lot of time and energy in me and worked to get me involved,” she said. “He was on his second career. He knew I had my whole career ahead of me, so he helped and encouraged me.”

Kemp, a 1995 graduate of the Faulkner County Leadership Institute, became the Conway Kiwanis Club’s first female president in 2000, the year she was also selected Kiwanian of the Year.

“We determined the program we were experiencing could be great at the high school level,” she said. “It was so energizing to be around those students, and you’re hopeful that what they’re learning, they’re going to plug back into the community. They have passion.

“I’ve been doing this now for 22 years, and 22 years ago, people were saying, ‘Those teenagers,’ and just this negative thing about kids. But I’m here to tell you when you spend time with these kids, you’re very hopeful. You don’t feel like teenagers are the problem. They’re the solution.”

The Kemps have two daughters — Katie, 21, will graduate in May from Ouachita Baptist University; Sarah, 17, is a junior at Conway High School. Kemp, a former Girl Scout herself, has been a leader in the organization for 17 years, once in charge of three troops.

“I loved my time as a Girl Scout, and when my girls got old enough, I thought that was just what you did,” she said. “At one time, I had Katie’s and Sarah’s troops at the same time, and there was a Brownie troop that did not have a leader, and I could not stand to think about girls wanting to do Girl Scouts but didn’t have a leader. It’s a great leadership program, and I love spending time with them.”

Kemp was marketing coordinator for Conway Corp from 2000-2010, when she became manager of marketing and public relations. She was recently promoted to a newly created position of chief marketing officer.

“Crystal truly cares about people, and I could mention many sacrifices that Crystal has made to help others, but I think one of her biggest contributions is the vast number of young women that she has encouraged, mentored and empowered over the past 17 years through her affiliation with Girl Scouts,” said Bret Carroll, Conway Corp CEO. “Many of those young women are now in their late teens or early twenties, and they are better prepared to face our world for having been around Crystal. She is a model recipient of this award.”

Kemp said upon learning of the honor, she sent Westbrook’s daughter a message.

“The first thing I wanted to do was to be able to call him and tell him,” she said. “I could almost hear how he would’ve responded. To know what it meant to him when they renamed the award for him makes this very special.”

The day after the awards banquet, Kemp joked that she regretted not announcing to the crowd that she had Girl Scout cookies available.

“Clearly, none of the things we’re talking about were done for recognition,” she said. “They were done because investing in our youth was such an instrumental part of my development. How could I not pay that forward? How could I not give of my time to invest in my daughters and the next generation?

“I learned so much, and people believed in and invested in me; it just seems like that’s what you do. And you don’t do it because you think you’re going to get an award for it.

“The thing this award does for me is when I see it sitting there, it’s another reminder of Lloyd and his impact on me, and it inspires me to keep doing things like he did. I’m a huge believer that you give back and impact your community. This is an inspiration to keep doing that.” 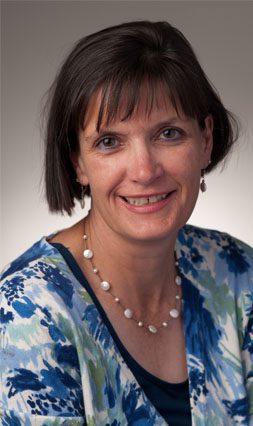 Donna Stephens
Donna Lampkin Stephens began teaching journalism at the University of Central Arkansas in 1999 and, after two years in an interim position, became the director of the School of Communication on July 1, 2020. She was a sportswriter at the Arkansas Gazette from 1984 until the newspaper died on Oct. 18, 1991. She earned her Ph.D. in Mass Communication with an emphasis in History and Law from the University of Southern Mississippi in 2012. She is president of the American Journalism Historians Association. Having grown up in rural Ouachita County, she has lived most of her life with rescued pets. Today, she and her husband, Ken, share their Conway spread with seven — dogs Chester, Rusty, Roman, Lily, Bear and Buster, and Monty, the cat.