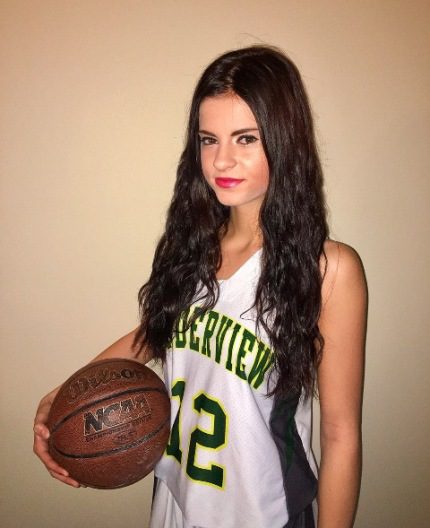 
At Wonderview, basketball is about legacy. And like for most Wonderview players, the legacy runs deep through many decades of siblings, parents, aunts, uncles and on and on.

This is certainly true for junior Brooke Zimmerman.


“I’ve been playing basketball as long as I can remember,” Zimmerman said. “Being the youngest of four, I was always at my brother or sisters’ practices and games. Dribbling and shooting a basketball has always been a normal past time around my house. My family and I love the game.


“Watching my brother (John) and both of my sisters (Jordan and Bailey) win state championships have been some of my happiest moments. With getting very close myself, a state championship still remains on my bucket list.”


Zimmerman, a junior forward for Wonderview, was selected to this year’s 501 Basketball Team — 34 players representing the best the 501 has to offer both on and off the court.

The team is sponsored by First Service Bank and First Security Bank. Zimmerman was nominated by her head coach, Jeremy Simon.


“Brooke’s best quality on the basketball court is her ability to score,” Simon wrote in his nomination. “Her speed allows her to beat opposing players to the basket, and she is shooting over 36 percent from the 3-point line. Through the first half of the season she is averaging 17 points per game, which includes a 28-point game against Springdale in the semi-finals of the McDonald’s Shootout in Paragould. She was named to the all-tournament team at the tournament in Paragould.


“Brooke is a responsible, hardworking player on and off the court. She has lived on her family farm her whole life, and that’s where she learned responsibility and hard work. She is very ambitious and likes to be involved in many things here at school. She is a member of the FCA, Gifted & Talented Program, Student Council and Beta Club. She is the vice president of her junior class, FBLA reporter and FCCLA vice president. She also holds a 4.0 GPA.”


The Zimmerman basketball legacy has been an inspiration for Brooke, but the past year has also brought some hardship.


“After recently losing my Dad last year, basketball has been a challenge for me,” Zimmerman said. “Getting back on the court was the hardest thing I’ve ever done. Knowing my dad was a great basketball player and loved the game, I play for him.”


Zimmerman started last year as a sophomore and led the team in scoring with 15 points per game. Last year’s squad recorded 27 wins, a district championship and a final four appearance in the 1A state tournament. Brooke’s sister, Bailey, was a senior last year and now plays for the Lady Razorbacks.


This year’s squad is young — starting two juniors and three sophomores — but success has not been elusive as Wonderview is 18-1 (8-0 1A 5 North) as of press time.


“Each day we work hard to make each other better,” Zimmerman said. “I see constant improvement each game. Standing 18-1 after beating some tough competition already, my team wants to go all the way this year. I feel we can do this if we focus on one game at a time.”


Zimmerman is a true triple threat for Wonderview — she produces on the court, in the classroom and in the community.


“Brooke has been a good leader not only for our team, but has also been a good leader for our program,” Simon said. “Brooke is a player that leads by example. She always shows up prepared for practice. She is a very vocal, encouraging, hardworking and responsible teammate. In the classroom, Brooke always shows up prepared. She puts 100 percent into and takes pride in her classroom performance.


“She volunteers every year at our kids basketball camp here at Wonderview. She loves working with the elementary kids at our camps and teaching them what she knows about the game of basketball. She also works with her classmates at the pee wee games.”


Zimmerman and Wonderview resume play in the new year against Conway Christian on Thursday, Jan. 5.