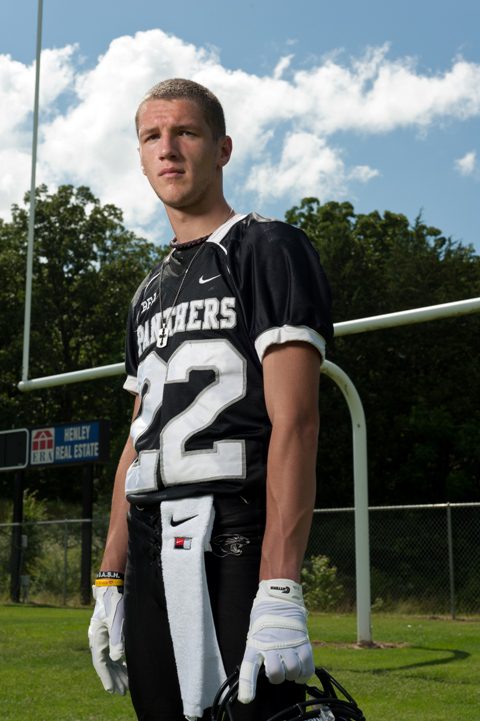 
The start of the high school football season is always a special time for Perry County. County rivals Bigelow and Perryville square off in Week 1 with a ton of bragging rights on the line.

“Our first team goal is to beat Perryville,” said Alex Williams, Bigelow receiver and defensive back. “We go by the motto, ‘Win the first, win the last.’ If we win the last game, there’s a good chance we’ll be making it into the playoffs.


“And if we win the first, we beat Perryville. And we’ve got to beat our rivals.”


Last year, the Perryville Mustangs got the better of the Bigelow Panthers, but home field advantage could prove crucial for the Panthers this year.


“Last year they got the better of us,” Williams said. “I’ll give it to them.”


Williams is a member of the 2014 501 Football Team — 24 players representing all 11 counties of the 501. The team boasts the best the 501 has to offer both on and off the field. Williams was nominated by his coach, Jeff Starks.


“Alex has an eagerness to learn, is highly enthusiastic and never tires,” Starks wrote in his nomination. “He works hard to get things right and expects teammates to do the same.


Off the field he is friendly, kind to others and sees the best in others.”


Williams is the fourth student-athlete to represent Bigelow on the 501 Football Team. The Panthers won the games that mattered in 2013, posting a 4-6 regular season record with all four wins coming in 5-2A play. It was enough to get Bigelow into the playoffs. The Panthers return almost all starters on both sides of the ball — eight on both offense and defense. What was a young squad a year ago is now a seasoned and dangerous team, and Williams is leading the way in the Bigelow secondary and receiving corps.


“Alex plays hard to the whistle,” Starks said. “I expect him to lead by example, play solid defense and take us to a conference championship. He led the team in interceptions and was the leading receiver last year.”


Williams has been playing football since the fourth grade and has “loved it ever since.” 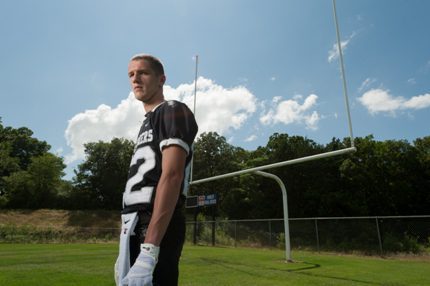 “I’ve been drawn to different sports, but I fell in love with football and kept pursuing it,” Williams said.


Williams has been a standout for the Panthers on both sides of the ball, and if it wasn’t for a relative, he could very well have been intercepting passes for the Perryville Mustangs.


“We lived in a small place close to Perryville up until seventh grade year and then moved to Bigelow,” Williams said. “I had an aunt working at Bigelow, and she pulled us over there. I grew up loving Bigelow.”


Whether on or off the field, the 501 is near and dear to Williams.


“I like being able to go out and walk around the town and not have to worry about something happening to me or my little brother and sister,” Williams said. “The communities are just great.”


The Bigelow Panthers play host to the Perryville Mustangs in Week 1 of the high school football season this Friday.