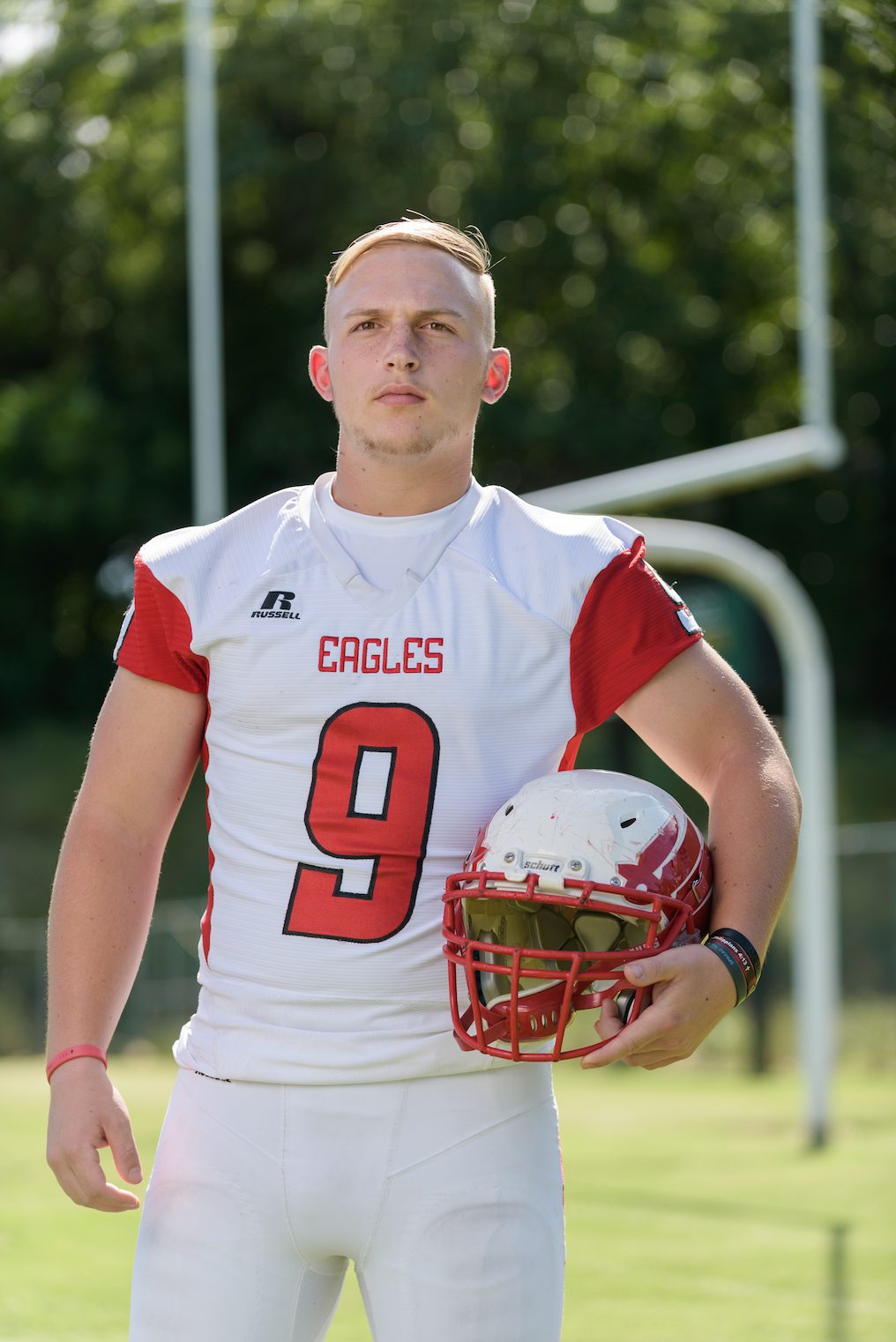 
The 2017 season hasn’t gone the way Christian Gardner and the Vilonia Eagles had hoped, but Week 10 carries more than just a chance to close out the season with a win.


Beating county-rival Greenbrier would be all about pride.


“Our team goals for this year were set high,” Gardner said. “Winning nothing but every game would be a disappointment. Obviously, this year has had a rocky start, but we have every intention of finishing the year strong.


“Now Greenbrier is a different story. This is a rivalry game. It’s No. 1 on the schedule every year. A win versus Greenbrier — no matter what the record looks like — is a good season. It’s our own little Superbowl. It’s always an action-packed game with great play by both teams coming out for a slugfest.”


Gardner, a senior defensive lineman for Vilonia, was selected to this year’s 501 Football Team — 25 players representing all 11 counties of the 501. The team, sponsored by Conway Ortho and Sports Medicine, Conway Regional Health System and First Security Bank, boasts the best the 501 has to offer both on and off the field. Gardner was nominated by his head coach, Ron Young.


“Christian has a great work ethic,” Young wrote in his nomination. “He’s a leader, intense, consistent and a team player. He’s unselfish and sets a great example for our younger kids.”


Gardner started playing football in the fourth grade to spend more time with friends. He grew up in Northwest Arkansas before moving to Vilonia.


Vilonia (1-8, 1-5) picked up its first 5A West win last week over Clarksville, 48-28, giving the Eagles some confidence heading into the season closer with Greenbrier. The Panthers have a shot at a share of the 5A West title depending on how things shake out with a few other teams this week. The Eagles will look to spoil Greenbrier’s higher playoff seed hopes.


As Gardner prepares to close out his high school football experience, he reflects fondly on the relationships he’s made over the years at Vilonia.


“It’s a brotherhood,” Gardner said. “Win or lose, I can go out with my friends and play for the love of the game knowing that in the end, it’s the little things I’m going to remember.”


Gardner is a multi-sport athlete for the Eagles, throwing disc and shot put during track season, and he plans to go out for the swim team during the winter. Outside of athletics, Gardner is a member of Fellowship of Christian Athletes, and he volunteers with the peewee football program in Vilonia.


Gardner and the Eagles play host to Greenbrier for the First Service Cup at 7 p.m. Friday.