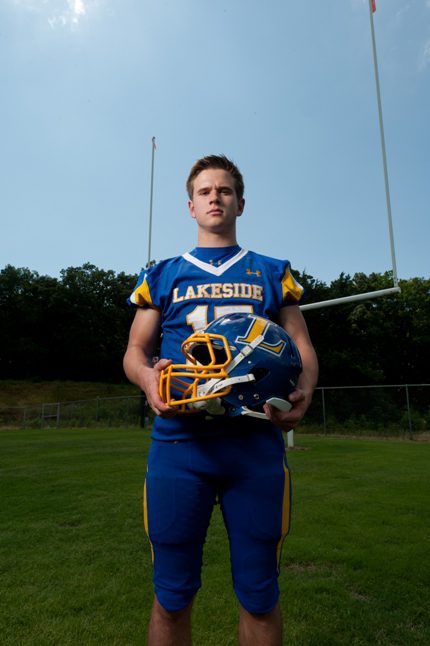 
From playing football with his older brother to watching Peyton Manning perform on Sundays, Hot Springs Lakeside senior Clint Smedley is always looking for opportunities to improve his game.

In his first year as starting quarterback for the Rams, the versatile Smedley hopes to create his own identity on the field. Through five games, the senior has completed 68 passes for 952 yards and nine touchdowns and averages 190 passing yards per game. Smedley also commands the Rams’ running game, amassing 84 carries for 295 yards and six scores. He also serves as the team’s punter and primary punt returner.


“I definitely want to show people that I can use both my arm and my feet,” Smedley said. “I don’t want to be portrayed as either a passing or running quarterback. I want to be able to showcase all my strengths on the field.”


Smedley was selected to this year’s 501 Football Team — 24 players representing all 11 counties of the 501. The team boasts the best the 501 has to offer both on and off the field. Smedley was nominated by Lakeside’s head coach, Jared McBride.


“Clint is a great leader,” McBride said. “He comes from a great family and enjoys volunteering with the younger kids at our school. He’s very respectful of players and coaches, is a hard worker and is an encourager and a competitor.”


Off to a 2-3 start (1-1 5A West), Smedley assures that the Rams are better than their record indicates.


“Last year was a tough run for us,” Smedley said. “This year, we have a lot of new, young guys who are coming up and are excited to play. We are working on building the mentality that we are good and can be competitive in our conference.” 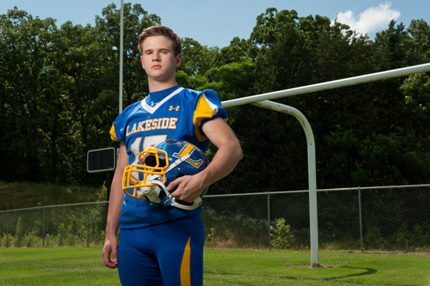 The Rams play host to White Hall tomorrow night in search of their second-consecutive 5A West conference victory. For Smedley, facing off against the Bulldogs brings back a special memory.


“Last year, against White Hall, our quarterback left the game,” Smedley said. “Down two or three scores, Coach McBride put me in at quarterback, and we almost made the comeback. On my first drive, we marched 99 yards down the field. It was a big game for me.”


Despite his success on the field this season, the humble Smedley says that it wouldn’t be possible without great coaching.


“It’s been a pleasure,” Smedley said. “To be honest, I have to give credit to Coach McBride. He’s a great coach. If you do what he tells you to do, you’ll be successful.”


Off the field, Smedley is involved in Math Club, Chess Club and Yoga Club at Lakeside High School. He also attends National Park Church of Christ and has worked with Young Men of Promise to help raise money for cancer research throughout Arkansas.


“Clint is a person that our whole team looks up to,” McBride said. “He is good in the classroom, respectful of his teachers and a likeable kid.”


“During football season, it’s hard to balance everything,” Smedley said. “Coach McBride stresses being just as good in school as you are on the field. I bring my effort from the football field into the classroom. I tackle all that I can.”