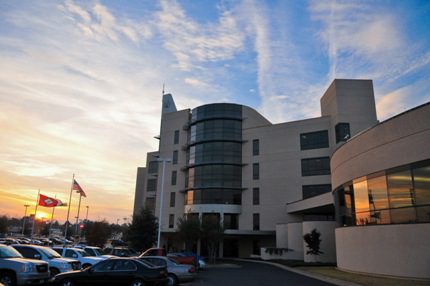 
Unity Health is one of only two hospitals in Arkansas and one of 37 hospitals in the United States to have an energy score as high as 75, placing the hospital in the top 1 percent in the nation for energy efficiency. The score is determined by the square footage of the Unity Health – WCMC campus, the daily measurements of the temperature outside and humidity, and the overall utilities usage (including electricity and gas) to maintain a hospital of its size. After the numbers are collected, they are certified through an energy conservation engineering firm and then submitted to the federal government to be approved.


“In 1994, the hospital was an inefficient utility user; however, through expansions and projects throughout the years, we have taken into consideration the need to be more energy efficient and more ‘green’,” said Rick Hare, Unity Health Director of Engineering. “Two and half years ago, our energy efficiency score had risen to 52, but we had plateaued. To meet our goal of star rating, we presented several goals and proposed projects to Unity Health’s Administration and Board of Directors. The administration team and board had the foresight and vision to approve the projects to improve energy conservation. Over the last two and half years we spent roughly $212,000 on energy conversation projects and in that same time frame, we have reduced our energy use by 18.6 percent and have saved approximately $414,000 and will continue to save.”


According to Hare, the curving of utility costs creates monetary savings, which can be returned to the hospital to be utilized for additional hospital equipment and facility improvements. Hospital conservation measures taken by other hospitals in the state and country also helps decrease the overall national costs of healthcare.


“The Energy Star Efficiency score shows that once again Unity Health is taking the lead in healthcare,” Hare said.