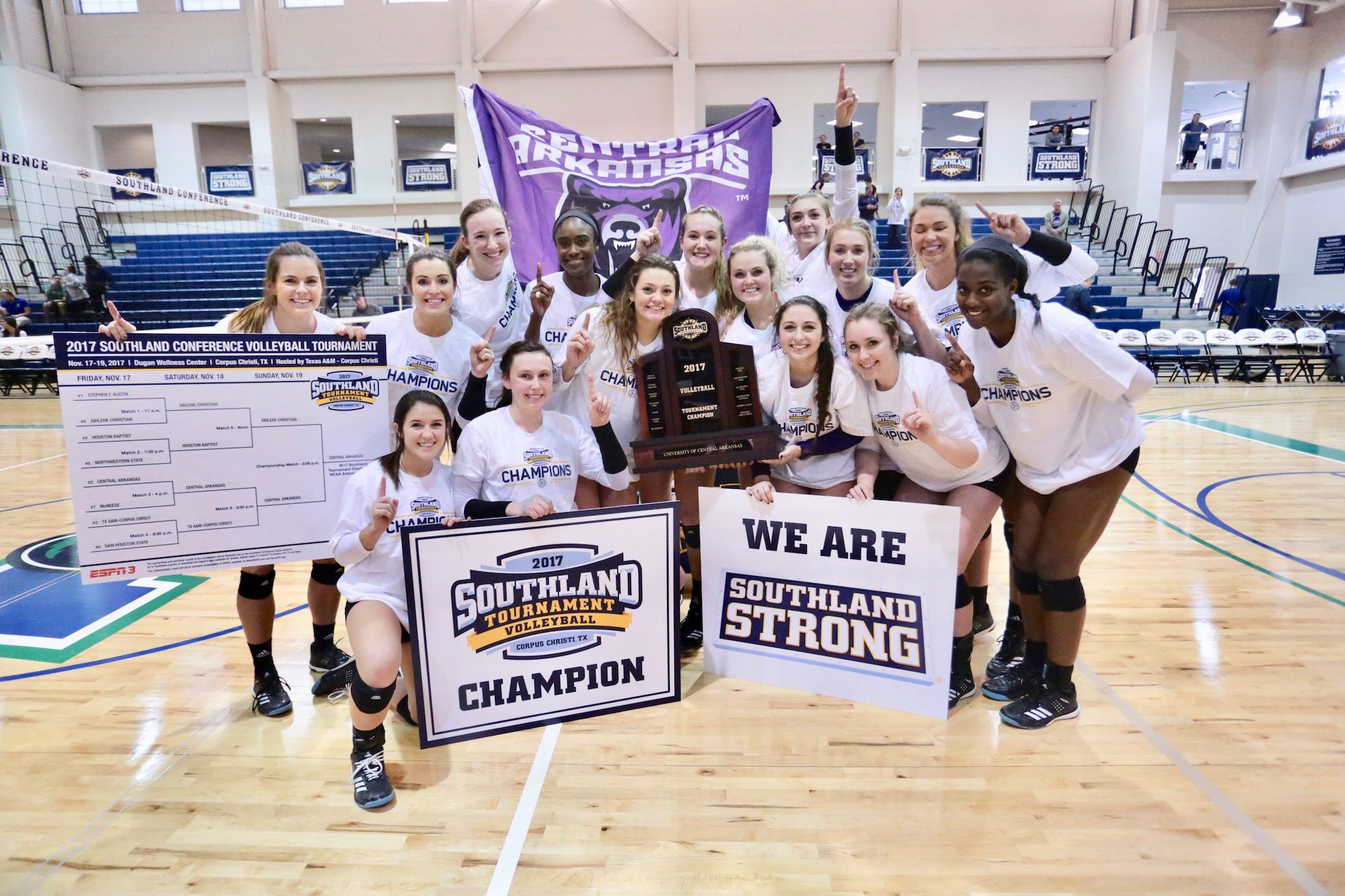 The Central Arkansas Sugar Bears faced off with the Abilene Christian Wildcats in the SLC Tournament Finals, looking to secure the third SLC Tournament Championship in program history. The Sugar Bears did just that, picking up their 16th sweep of the season by defeating the Wildcats 25-22, 25-17, 25-22.

Abilene Christian (13-18) who entered Sunday’s match as the first eight-seed to advance out of the first round in the current format of the tournament, took a 12-10 lead to open the match behind four kills from Corinne Grandcolas, but the Sugar Bears would battle back, evening the set at 12-12 with an ace from Megan Nash. ACU opened up a 21-17 lead to force a timeout from Central Arkansas, who would explode out of the stoppage to end the set on an 8-1 run, capped by a kill from Nash to grab a 1-0 lead in the match. Central Arkansas hit just .194 in the set, but got five digs each from Haley Tippett and Amanda Dimon and a pair of blocks from both Nash and Elizabeth Armstrong to hold the Wildcats to a .178 attack percentage. Offensively, Tippett and Nash each tallied three kills.

The teams traded points early in the second set, with ACU taking a 14-13 lead on a UCA service error. Central Arkansas got another big run, this time closing out the set with a  12-3 run that featured four kills from Tippett to take a 2-0 lead in the match. Tippett led UCA on offense and defense in the set, collecting eight kills and eight digs, while Abbie Harry added three kills and Armstrong had 13 assists.

Central Arkansas jumped out to an 8-3 lead to open the third set, but the Wildcats battled back, getting a kill from Grandcolas to cut the UCA lead to 10-8. Central Arkansas built a 21-16 lead before a 5-0 ACU run evened the set at 21-21 to force a timeout from the Sugar Bears. UCA made the most of the stoppage, taking four of the next five points to close out the match and earn the Southland Conference’s automatic bid to the NCAA Tournament for the third time in the last six years. Harry would add six kills to her tally in the set, while Tippett chipped in with three kills and five digs and Samantha Anderson added three kills and a block.

Tippett picked up her third double-double of the tournament, leading Central Arkansas with 14 kills and 18 digs on the day. Harry was the only other Sugar Bear to pick up double-figure kills, with 10, as Armstrong spread her 39 assists over seven attackers, five of whom tallied at least five kills. On the defensive front, Emily Doss picked up 11 digs and Amanda Dimon added nine, while Savanah Allen picked up four blocks and Nash and Harry each had three.