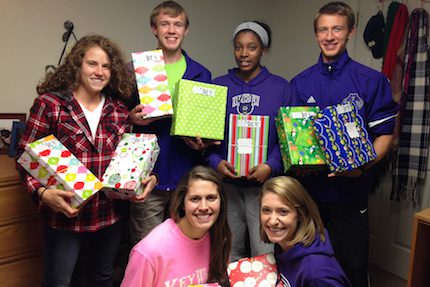 The University of Central Arkansas Student-Athlete Advisory Committee, in conjunction with the Southland Conference’s "Christmas in the Southland," has once again collected toys, clothing, school supplies and toiletries to donate to Samaritan’s Purse.

"Christmas in the Southland" is a cooperative effort, in its seventh year, between the 14 Southland Conference schools in giving back to the community through charitable giving. UCA’s effort supports Samaritan’s Purse, an organization that has delivered more than 103 million Christmas shoeboxes stuffed with gifts to children in more than 100 countries around the world since 1993.

The UCA student-athletes collected more than 1,100 items, including 750 toys, 240 toiletry items, 125 school supplies and 40 articles of clothing, packaged them all and readied them to be sent to needy children around the world. 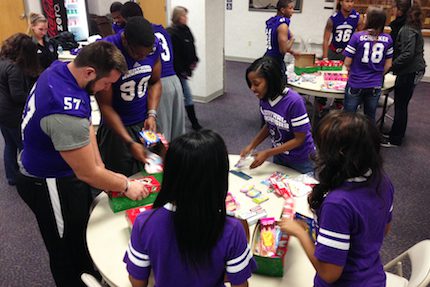 "Every year a new group of our student-athletes takes the initiative and makes this program a huge success,’ said UCA SAAC sponsor Natalie Shock. "I truly believe the student-athletes get as much out of this endeavor as the children who receive the shoeboxes. It’s gratifying to see them work so hard to put a smile on a child’s face and make this project so successful every year.”