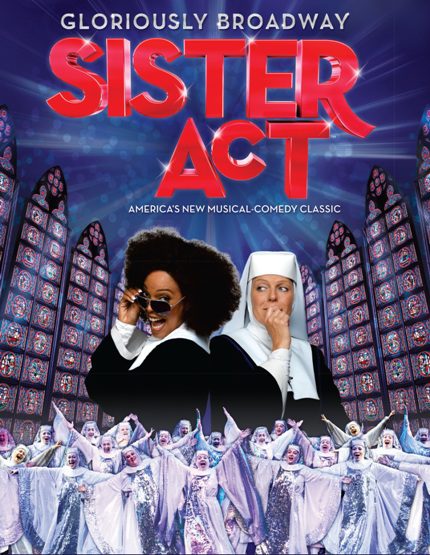 Produced by Whoopi Goldberg, Troika Entertainment and Sister Act On Tour, LLC, “Sister Act the Musical” is a telltale story of a wannabe diva, Deloris, whose life takes a dramatic turn when she is the witness to an intense crime. The police decide that it would be in her best interest to hide her away from the public and hide her in the last place that would be thought of — a convent. Under the suspicious watch of Mother Superior, this diva helps her fellow sisters find their voices as well as rediscovering herself along the way.


“Sister Act is one of those movies that’s loved by multiple generations, so to see it turned into a musical is exciting,” said Ashley Love, director of finance and marketing for UCA Public Appearances. “It’s a big production with large sets, and we are expecting it to be sold out. It should be a great show.”


According to press materials from Troika Entertaiment, through the use of her “fabulous disco-ness and extraordinary voice,” Deloris is able to inspire the choir. Through her flamboyant ways, she breathes new life into the church but sacrifices her cover by doing so.  Before you know it, this nun is on the run but is able to find salvation within her newly acclaimed sisterhood.


“I can’t wait for the audience to hear the powerful musical score that accompanies this performance,” said Amanda Horton, director of UCA Public Appearances. “Alan Menken, eight-time Oscar winner, wrote the original music for the production, and he reigns as one of the great composers of Broadway. His work includes hits from ‘Newsies,’ ‘Beauty and the Beast’ and ‘Little Shop of    Horrors.’ ”


Goldberg, who starred in the “Sister Act” film, said: “To hear people laugh and cheer the way they do at “Sister Act” — a show people think they know but are pleasantly surprised to discover is not what they are expecting — is a magical experience for a producer.”