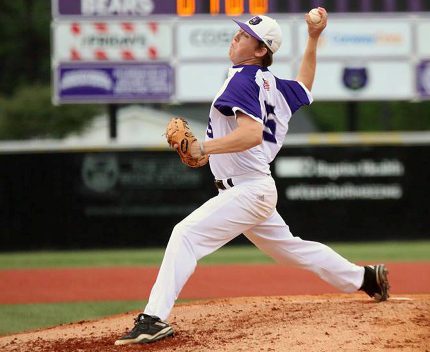 The University of Central Arkansas Bears had a pair of junior pitchers taken in the recent 2017 Major League Baseball Draft.


Ty Tice of Prairie Grove and Tyler Gray of Fort Smith were taken by the Toronto Blue Jays and Minnesota Twins, respectively.


The two draftees give the Bears seven draftees or MLB signees over the past seven years, with four of those from the state of Arkansas.


Tice led the Bears with eight saves this season, tied for third in the Southland Conference and fourth in school history, and finished 2-3 with a 4.45 earned-run average.

Gray was UCA’s strikeout leader with 89 Ks (fifth in the SLC, fourth in UCA single-season history) and had a 6-6 record with a 3.80 ERA in a team-high 87.2 innings pitched. Gray had 10 starts and 19 total appearances, with one complete game. Gray had a season-high 11 strikeouts twice, against Incarnate Word and Northwestern State, and had a season-high eight innings twice.


The Bears finished 34-26 overall, their third season in the past five to win at least 30 games. UCA also reached the SLC Tournament championship game for the third time in the past five years.