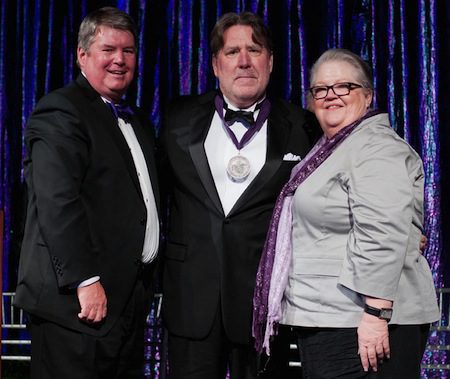 
Dr. Joe Allison, a research fellow at Phillips 66, and Terry Pillow, CEO of Tommy Bahama Group, were honored as Distinguished Alumni at the event, held April 27 in the Farris Center on campus.


Guests were treated to a “celebration concert” by the band Loose Ends.


Proceeds from the evening will support the $3 million Honors College Campaign that will support Travel Abroad Grants (TAG) and Undergraduate Research Grants for Education (URGE).

The university launched Night of Distinction in 2011 and intends for it to serve as an annual celebration of the relationship the campus enjoys with its alumni and friends, a time to recognize alumni and their significant accomplishments and as a fundraiser for a top campus priority.