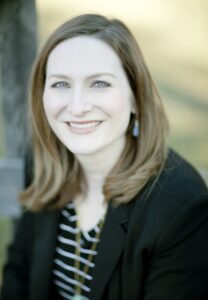 Amanda Hoelzeman has been named the director of media relations at the University of Central Arkansas.

The University of Central Arkansas has named Amanda Hoelzeman as director of media relations. She will begin in that role on Monday, Sept. 17.

Hoelzeman currently serves as communications director for Arkansas Advocates for Children and Families, a non-profit advocacy organization in Little Rock. Prior to being with AACF, Amanda was editor of Little Rock Soirée magazine, editor and marketing coordinator for Arkansas Business Publishing Group and assistant editor for At Home in Arkansas.

UCA Chief of Staff Kelley Erstine said he was pleased with the amount of interest shown in the search for a new director of media relations. “Amanda brings a wealth of valuable experience to this position. We look forward to the impact she will make in helping contribute to telling our story.”

Hoelzeman, a native of El Dorado, holds a bachelor’s degree from UCA in writing and a minor in linguistics. She has written numerous stories covering a range of topics which have appeared in several local and statewide publications.

Hoelzeman will take over media relations responsibilities that were previously held by Christina Madsen, who left UCA on Aug. 30 to begin her own public relations/marketing firm.