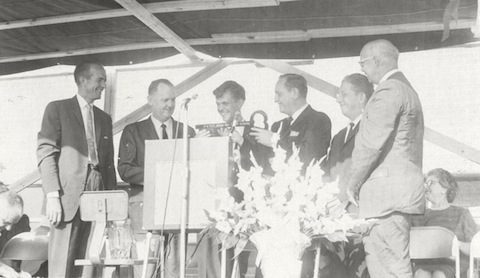 The University of Arkansas Community College at Morrilton will kick off its 50th anniversary celebration with a community-wide party on Thursday, Oct. 13.

The event will begin at 5 p.m. with a free chicken supper and barbecue for all area residents, just as the institution did for the original dedication which was held nearly 50 years ago.


This year marks three major milestones for the University of Arkansas Community College at Morrilton (UACCM):  50 years since its creation by the Arkansas General Assembly; 20 years as a two-year college; and 10 years as a member of the University of Arkansas System. During the course of the year, UACCM will host a number of events for the community, including concerts, musical performances and guest speakers.


More information, including an updated schedule of events, is available at uaccm.edu or by calling 1.800.264.1094.