The University of Arkansas Community College in Morrilton and the University of Central Arkansas have partnered together to host a two-day visit from a Holocaust survivor, who will be speaking at three different locations and times. 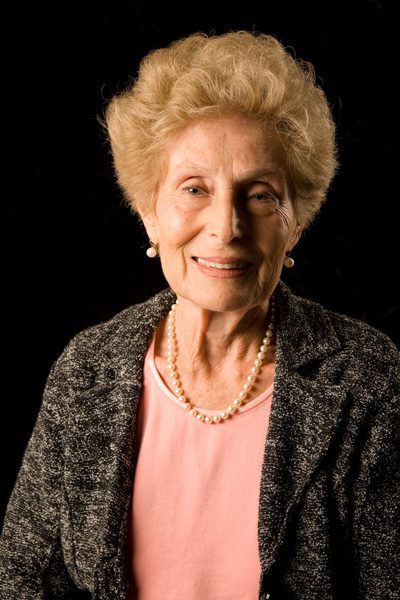 Estelle Laughlin will be sharing her story of how in September 1939 her life was changed forever by the German invasion of Poland and her hometown of Warsaw. While Jewish residents of Warsaw were trying to take a stand against the invasion that later became known as the Warsaw Ghetto Uprising, Laughlin and her family were captured and sent to the Majdanek Concentration Camp. It was there that her family was divided into two groups: those that would be used as forced labor in other camps and those who would be sent to the gas chambers.


Laughlin along with her mother and sister were eventually liberated from the Czestochowa concentration camp in January 1945.


Now, Laughlin is a volunteer with the United States Holocaust Memorial Museum in Washington, D.C., and tells her amazing and inspiring story to audiences across the country. This will be a rare chance for students, faculty, staff and members of the community to hear a compelling firsthand account of someone’s journey and experiences during one of the darkest moments in human history rather than simply reading about it from a history book.

Those planning to attend are encouraged to arrive early as these events have reached the maximum occupancy of the venues in previous years.