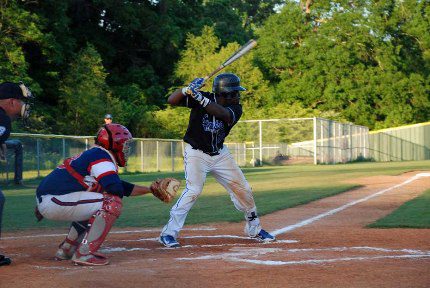 Two Central Baptist Mustangs were recently recognized by Natural State Baseball for their outstanding play this season. Jalin Lawson was selected to the All-Arkansas first team at second base and Ben Madison was selected as honorable mention.


Natural State Baseball recognizes players only from programs in Arkansas.


Lawson led CBC in every major offensive category this season, posting a .392 batting average, 11 home runs and 50 RBIs to go along with 22 doubles and 20 stolen bases. This is Lawson’s third award this season, having garnered second team All-America status from both the NCCAA and the NAIA.

Madison was one of the top pitchers in the American Midwest Conference this past season, posting a 6-4 record with a 3.71 ERA and an AMC leading 129 strikeouts. Madison is earning his third award after having been named AMC Newcomer Pitcher of the Year and a first-team NCCAA All-American.