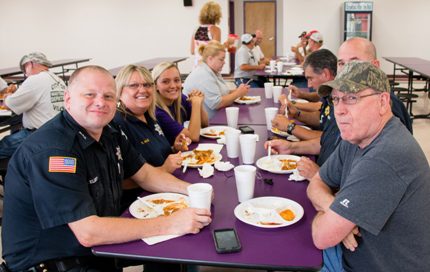 On Thursday, June 26, two months after the April 27 tornado decimated sections of Mayflower and Vilonia in Faulkner County, a first responder appreciation luncheon was given by CDI Contractors of Little Rock at the Mayflower Middle School.

Mark Beach, CDI vice president, spoke on camera to Macy Jenkins from KTHV, concerning first responders. "They are a real stabilizing force in our communities,” he said. “They dedicate their lives to a job that’s often thankless, and we just want to be sure that they were thanked.”