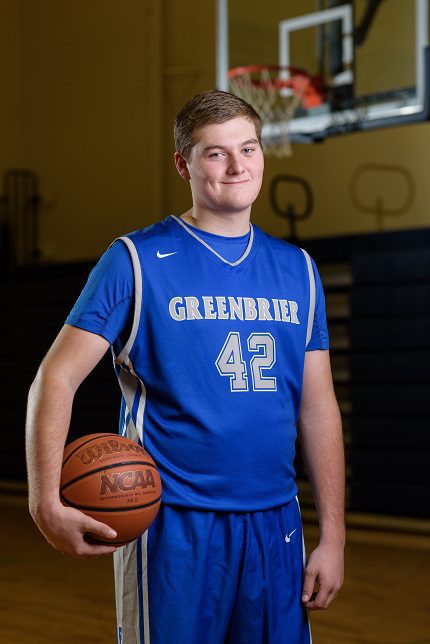 
Fresh off its first state tournament appearance in years, Greenbrier emerges in 2018 as one of the front runners to compete for the Class 5A title.


“We’re doing pretty well this season,” senior Tanner Tilley said. “Our biggest strength is that we’re all really close friends, and we play together as a team. Our goal as a team is to have the best record in the conference so that we can move on to the conference tournament and eventually the state tournament. Our keys to success are working hard in practice and staying team-motivated, not self-motivated.”

Tilley was selected to this year’s 501 Basketball Team — 37 players representing the best the 501 has to offer both on and off the court. The team is sponsored by Conway Ortho and Sports Medicine, Conway Regional Health System and First Security Bank. The senior was nominated by his head coach, Mike Simmons.


“Tanner is a 6-foot-3 post player who is a good rebounder, plays hard and can finish around the goal,” Simmons wrote in his nomination. “He has gotten a lot stronger, and his skills have improved. I expect him to have a strong senior year.”


Tilley has endured his share of adversity on and off the court.


“I missed most of last season due to a torn tendon in my leg,” Tilley said. “For my senior year, I wanted to get my team ready and try as hard as I could to play. I credit much of my recovery on my desire to play again.”


In his final season with the Panthers, Tilley finds that senior leadership comes in many forms.


“Every senior wants to be a starter, but not ever senior can start,” Tilley said. “My job is to keep encouraging the team in practice and cheer on my team during the game. My goal is to play as much as I can and support my team however I can. Even if you don’t start, you can still be a great teammate, and that’s the example I want to set for my team.”


According to Tilley, a recent road win has provided Greenbrier with the momentum it needs to finish the season strong.


“Our defining moment of the season was this week’s win at Batesville,” Tilley said. “Trailing at halftime, we came back out in the second half with a winning mentality and never quit. Against a good team, we overcame the odds to come out with a win. If we can stay level-headed and not underestimate any of our opponents, we can go far this season.”


This week, the Panthers work toward their fifth-consecutive victory against Class 6A Searcy.


“Searcy will be a tough battle,” Tilley said. “They played a close game against Morrilton this week, and we always play Morrilton close. We’ll need to play our best against them. We just try to keep the same mentality and always play our best and consider every opponent like they’re the best opponent that we can play against.”


Off the court, Tilley is involved with the youth group at Spring Hill Baptist Church, enjoys the outdoors and enjoys spending time with family and friends.


“Tanner is active in the community, holds a steady job and is very active at his church,” Simmons wrote. “He absolutely loves to hunt. In the past year, he has been to Colorado and Nebraska on hunting trips and will hunt from the first day of the season until the last.”


After high school, the senior plans to attend the University of Arkansas Community College in Morrilton.


“My goal in life is to leave a good self-image so that everyone knows what kind of person that you are,” Tilley said. “Be real to yourself and try your hardest in everything that you do, and success will follow.”