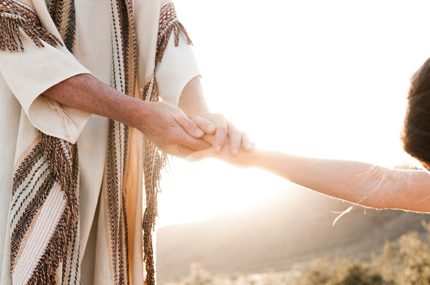 I didn’t get to ride a camel! On my way to Cairo, Egypt, I talked about and anticipated riding on a “ship of the desert.” But it didn’t happen.

The camels were available, but this rider chickened out. I did purchase a “stuffed” camel to add to my nativity collection, but missed the opportunity to actually take that planned camel ride.

1 Kings 10 tells us about an amazing camel ride that was a 1,200-mile journey from somewhere on the Persian Gulf to Jerusalem. It took almost three months to make this journey. Who took this camel ride? It was the Queen of Sheba, who was on a quest because “when she heard about the fame of Solomon concerning the name of the LORD, she came to test him with difficult questions” (10:1). The queen was a seeker of wisdom. She made this long, expensive, hard journey to increase her knowledge of Solomon and his God, who had made him so remarkably wise.

Although accustomed to great wealth and possessions, the grandeur she saw in Jerusalem was beyond her imagination. Solomon’s palace with its abundance of servants, ministers and cupbearers in their gorgeous clothing, as well as the house of the LORD, the Temple, overwhelmed her until “there was no more spirit in her” (10:5). She was speechless! She had heard the reports about Solomon, his wealth and wisdom, but now her eyes see. “And behold, the half was not told me” (10:7).

Her journey was not a wasted trip. Solomon “answered all her questions . . . and gave to the queen of Sheba all her desire, which she requested, besides what he gave her according to his royal bounty” (10:3,13).

A farmer sent his young son to gather berries and made him promise not to eat any himself. When the boy returned with the fruit, the father asked him, “Did you eat any?” He replied, “No, father.” The father then said to him, “Very good; now you can take a handful for yourself.” The boy hesitated. He looked at his own small hands, then at the big hands of his father, and then said, “Father, you give me a handful!”

God’s hands are larger than ours and He “is able to do exceedingly abundantly above all that we think or ask” (Ephesians 3:20). The Queen of Sheba took home more than she brought to Jerusalem due to the gracious giving of Solomon. So do believers! We can never out give God or deplete His resources for supplying all our needs “according to his riches in glory in Christ Jesus” (Philippians 4:19). In Christ, believers have eternal life; forgiveness of sin; sacrificial, unconditional love; joy; peace; hope and wisdom!

As the Queen of Sheba returns to her own country, the curtain falls, and we do not know how she acted upon the knowledge of God she received from Solomon. We hear no more of her until Jesus speaks these words in Matthew 12:42: “The Queen of the South will rise at the judgment with this generation and condemn it; for she came from the ends of the earth to listen to Solomon’s wisdom, and now one greater than Solomon is here.” Jesus was telling those gathered around Him that He was greater than Solomon, and they would not listen to Him. They failed to seek, listen and learn the wisdom of God manifested in His Son. They refused to be blessed!

“How blessed are your men, how blessed are these your servants who stand before you continually and hear your wisdom” (1 Kings 10:8).

Are you a seeker of godly wisdom?

Are you willing to sacrifice, to give whatever it takes, to hear from Him?

Do you need His wisdom right now?

“If any of you lacks wisdom, let him ask of God, who gives to all generously and without reproach, and it will be given to him” (James 1:5).

Are you asking? He’s waiting to bless you generously! Don’t miss the opportunity!