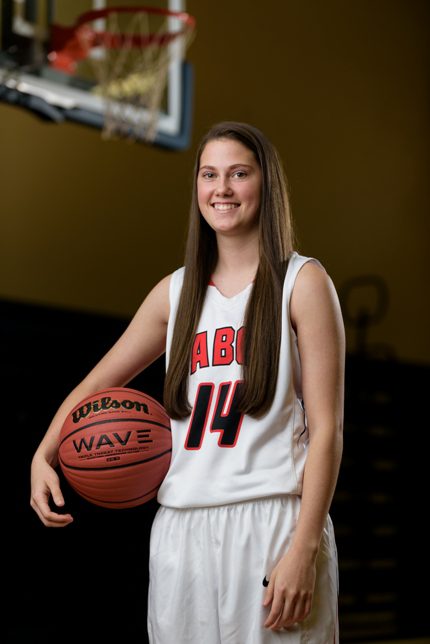 
Entrenched in a difficult conference, Cabot (14-7, 3-5 Class 7A Central) finds itself in prime position for a state tournament berth. According to senior guard Maggie Bush, anything is possible for her team as long as they play together.


“Our goal is to get into the state tournament,” Bush said. “Before the season began, Coach Crowder gave us a word — persevere. She thinks that we can go pretty far if we put our minds to it and don’t give up. So we’re going to work hard every day to get it done — together.”


Bush was selected to this year’s 501 Basketball Team — 34 players representing the best the 501 has to offer both on and off the court. The senior was nominated by her head coach, Carla Crowder. The team is sponsored by First Security Bank and First Service Bank.


“Maggie is a great teammate,” Crowder wrote in her nomination. “She shows leadership, communicates, is a hard worker, has lots of energy, is compassionate and humble, has a great attitude and is very dedicated to her team.”


Before her senior season began, Bush set a personal goal for herself that she’s still working toward each day.


“My goal this year was to become a better leader and teach the younger kids all I can,” Bush said. “A lot of times, I stay after practice to help others with their shot. I’ll also work with individual players during practice and show them how to improve. It’s the little things that will help them when we’re not here anymore.”


“Maggie understands the concept of team first,” Crowder wrote. “She is very unselfish and not worried about playing time. She is there for her teammates and displays leadership. She believes in her team and coaches.”


Bush’s teamwork extends beyond the court. Her helpfulness can be seen in the classroom and in the community as well.


“Maggie has great school spirit and loves being a senior,” Crowder wrote. “She is an honor roll student and stays out of trouble at school. She is very willing to help others and goes above and beyond. Maggie gives back to the community by helping out with basketball camps for little kids, is involved in her church, helps with food drives and helps support races for cancer.”


“I’m someone who tries to be as positive as possible,” Bush said. “When I see someone down, I try to encourage them, and I try to fix things.”


Over the years, Bush has made many great basketball memories on the court. However, one of the senior’s fondest moments involves spending time with her team off the court.


“Last summer, we went as a team to do an escape room,” Bush said. “We had to work together as a team to get out of a room that we were trapped in. Each of us had our own roles, and it took all of us together to figure out the puzzles of the room. It brought us closer together as friends and as teammates, and it has really helped our chemistry a lot this year.”


Off the court, Bush is getting a head start on her career through Cabot’s Sports Medicine Club.


“I want to be a physical therapist one day, and the Sports Medicine Club is a great opportunity for me to prepare for that field,” Bush said. “I get to observe and interact with our athletic trainers at school. It’s a great experience.”